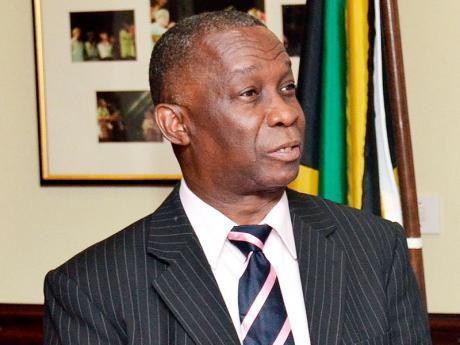 The Court of Appeal has ruled that the Children's Advocate does not have a statutory right to withhold information in circumstances where rights to freedom of movement have been severely restricted.

This is in reference to the case of former Permanent Secretary in the Ministry of Youth and Culture, Sydney Bartley, against whom a complaint was made to the Children’s Advocate.

The Court of Appeal made the ruling today when it dismissed an appeal brought by the Children’s Advocate against a Supreme Court order to disclose the nature of the complaint to Bartley.

In dismissing the appeal, the Court ruled that the Children’s Advocate’s appeal is without merit.

Legal cost was awarded to Bartley.

The case stems from a 2014 report to the Children’s Advocate against Bartley.

It is understood that in October 2013, the Minister of Youth and Culture, Lisa Hanna, advised Bartley that she had received reports that he was entertaining persons, in particular young boys, in the offices of the ministry late at night.

She reportedly asked him to desist.

On January 16, 2014, an official complaint was lodged at the Office of the Children’s Advocate.

The complaint recorded no names but spoke to alleged sexual impropriety by a senior public official against a male child.

A letter was sent to the Youth Minister from the Children’s Advocate advising her that the complaint was made against the PS and Hanna reportedly brought it to his attention.

Bartley was reportedly told it was best that he proceed on leave with a view to early retirement.

He reportedly applied for vacation leave and on February 21, 2014 he boarded an American Airlines flight to New York.

He was removed from the flight by immigration officers and informed that there was a stop order barring him from leaving the country and that investigations were being pursued against him.

However, he was not told what the allegations were.

Bartley reportedly sought to get more information on the matter from the Children’s Advocate.

However, the office refused and he took the matter to the Supreme Court.

The Children’s Advocate, in her report to the Director of Public Prosecutions, conceded that her investigations failed to unearth any evidence to support any charges against Bartley.

Meanwhile, the Supreme Court has granted Bartley leave to apply for judicial review in respect of the stop order.

The Court of Appeal says it hopes that the review will be done without further delay.

Bartley was previously granted a stay of the stop order pending the outcome of the judicial review.

He was also seeking leave from the Supreme Court to prohibit the Children’s Advocate from carrying out or continuing investigations into allegations of sexual misconduct.

However, the court refused the application.