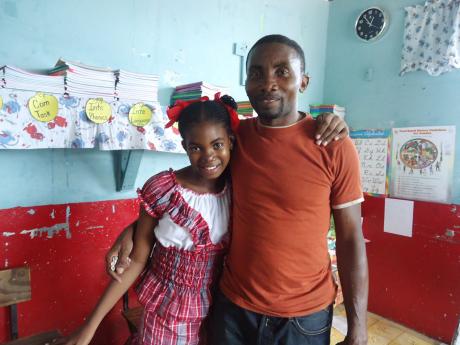 Donovan Gordon was saved in December 1981 at the age of 12. After a powerful spiritual experience, the St Thomas native made a commitment to God and was baptised at the Church of the First Born South Avenue Gospel Hall in Morant Bay. But in the early '90s during his teenage years, Gordon found himself wandering away from his earlier convictions. And for 23 years thereafter, he lived outside of the church.

"My experiences outside of the Church have been a mixture of bad and good. I am not happy with some of the things I've seen and done. If I was in the church, some things I wouldn't have experienced," he told Family and Religion.

In the years since he left the Church, Gordon became a member of the police force, a father and a husband. A corporal, it was his position as an officer at the Morant Bay Police Station that led to his re-dedication to God. Gordon related that it was in December 2014 that a female police personnel came to Morant Bay, who many believed could possibly have been having a breakdown.

"She was speaking in tongues and making pronouncements to a superintendent, and rubbing herself in olive oil. I was comfortable, and I didn't want her to touch me," he said. He recalls being laughed at by his colleagues, who mocked him for running away from being anointed by olive oil.

Gordon was directed to accompany the officer to Jamaica Constabulary Medical Services, but was reluctant to do so since she was of a higher rank than himself.

"I tried to get out of it. I thought that it would be better if someone of a higher rank went with her. This was a Saturday and the Sunday it so happened that I went with her to a church in Cedar Valley (St Thomas)," he said.

Gordon told Family and Religion that after the service, the preacher called police personnel to the altar and asked for a show of hands from those who were Christians. She was incredulous, Gordon said, that his hand was not up.

"The preacher kept asking me if I was not a Christian, and she prayed for me and anointed me with oil, and while I was there, I took the phone and called my pastor at South Avenue Gospel Hall and told him I was coming back, that I was recommitting myself," said Gordon.

And since then, Gordon said, his life has been much happier than it has ever been. He is active in church, especially in music ministry outreach, where he plays the keyboard. Being a Christian again has also enabled him to be more purposeful in his job as head of the St Thomas Community Safety and Security Branch, where Gordon works closely with police youth groups and families to ensure safer communities across the parish.

"Life is more meaningful now. I don't approach things with fear because I have hope. Hopes takes away fear. My colleagues have even realised the change in me. I am more respected by the officers in the division. Because of your faith, people can trust your word and believe you," he said.