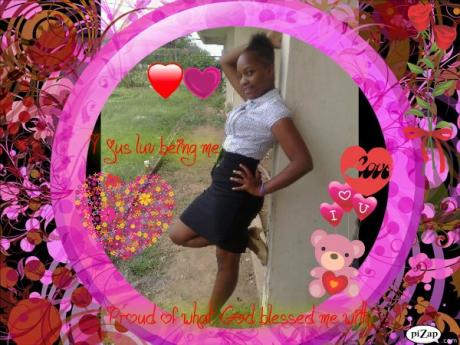 via Facebook
Shanique Walters, a 22-year-old student of the College of Health Sciences was shot dead as she ran away from an armed man who demanded her bag.

The identity of the medical student of the University of Technology who was murdered in Hope Pastures, St Andrew last night has now been released.

She is Shanique Walters, a 22-year-old student of the College of Health Sciences.

Commanding Officer for the St Andrew Central Division, Senior Superintendent Millicent Sproul-Thomas, says Walters and another female student were walking on Hope Boulevard shortly before 7 pm when a silver motorcar with two men aboard drove up and demanded that the women hand over their bags.

It's reported that the friend handed over her bag but Walters refused and instead ran off.

That's when one of the men reportedly got out of the car and shot her in the head as she ran, killing her on the spot. In the meantime, President of the UTech Students' Union, Darrian McGhann, says he will be writing to the commissioner of police requesting more police presence in the Mona and Hope Pastures areas of St Andrew.

Many university students live in those communities because of their proximity to their institutions.

According to McGhann, the problem of students being robbed in Mona and Hope Pastures has been longstanding.

He wants the police commissioner to increase patrols in the two communities or establish a police post in the area to ensure the safety of residents:

McGhann is urging students at UTech to wear black to show their sadness at the death of their schoolmate.