Removal of mandatory fees would be a retrograde step - JTA president 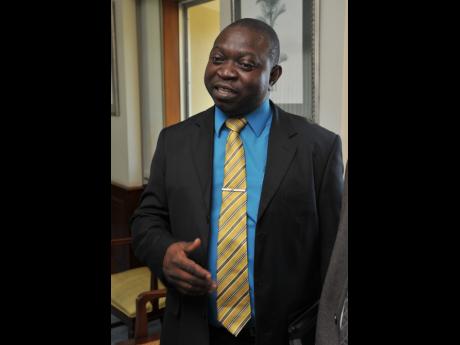 The plans of the Jamaica Labour Party (JLP) to remove mandatory fees in schools should it form the next government have not been met with favour from Jamaica Teachers' Association (JTA) President Norman Allen.

Mandatory fees include auxiliary fees and form part of the cost-sharing mechanism that is currently used to fund schools.

Given the financial constraints currently facing the Government, Allen has signalled that he is not confident that any government will be able to fully fund schools from its coffers, and as such, mandatory fees, in particular auxiliary fees, should continue to serve as a means of supplementing funds that schools receive from the Ministry of Education.

Allen said he would not support a move that will change the current cost-sharing arrangements in regard to auxiliary fees.

Newly elected president of the Jamaica Association of Principals of Primary Schools, David Wilson, has also raised doubts about the ability of any government to find the funds to offset the removal of auxiliary and mandatory fees.

Wilson, who is also principal of Clarendon College, told The Gleaner that he operates on a budget of $40 million, half of which is supplied by the Government. According to him, the most feasible option of finding the additional funds that are needed is to ask parents to make a contribution through auxiliary fees.

"Parents are well aware that if their children's education is going to be the best that they want it to be, it has to be paid for, and I think, in all fairness, they are willing, and those who can afford, they do make the contribution," he said.

Wilson outlined some implications of the removal of auxiliary fees.

"In terms of what you offer, as a school, you are not going to be able to offer that anymore. In terms of your laboratory facilities... in terms of computer labs ... it costs to effectively offer the best product to the students and you have to have the resources to manage that, and removing the contribution that they would make would mean that the Government would have to find the resources, and I think it is a challenge for any government today to offer a programme that says nobody will contribute," he said.

Paul Adams, principal of Herbert Morrison High and former president of the JTA, pointed out that auxiliary fees represent the balance of a school's operating cost that the Government cannot afford to pay.