Be more God-fearing! Pastor urges parents to get their offspring to build a relationship with Christ 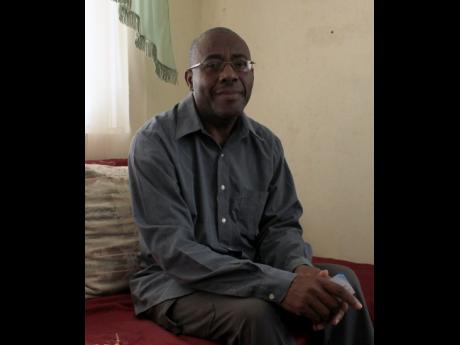 In addition to conducting his ministerial duties at two churches in St Mary (Dover and Luna Field), for the last 20 years, Church of God of Prophesy pastor Michael McGregor has served as overseer for 13 other churches throughout the parish.

As a result, the soft-spoken preacher is well versed in local religious customs and issues, but insists that aside from a few denominational disparities, the parish's manifold churches remain largely united.

McGregor, who resides in the community where he was born and raised in Mango Valley, St Mary, told Family and Religion: "I don't believe this parish has problems like some other places. There are denominational differences, but the St Mary Ministers' Fraternal has somehow been able to get people together.

"Of course, a couple of churches don't participate, and there are doctrinal differences, where some people say you can be baptised only in Jesus' name, and others insist you keep the Sabbath.

"However, what is very interesting is that pretty recently, a Bible training centre started in Port Maria (St Mary's capital town) and within that Bible school, you have maybe 10 or 15 denominations. Things like that really help to break down barriers, which is something I consider to be very good."

McGregor notes that although the concept is still in an embryonic stage, the notion of a united body of churches working in the best interests of its members already exists in St Mary.

"There are efforts to make this happen," he said. "For example, during Easter, the Ministers' Fraternal hosts ecumenical Holy Week services, sort of like a fellowship running from Sunday through to Thursday.

"You also have Prayer 2000, which happens once a year, and that is where churches come together and have things like prayer meetings; so there really is an effort being made to bring everybody together, and I think it's working."

St Mary contains a huge number of churches (nine exist in the small, rural community where the preacher resides) and McGregor believes this proliferation is due to two main factors.

He explained: "We have to understand the Christian religion is one that is respected for helping families where moral issues are concerned, and secondly, there are a lot of breakaway churches.

"In this parish, every church is different, but even though you have Baptist, Methodist, three Church of God, and two Pentecostal churches, you'll find the Church of God and Pentecostal churches will work together because, for the most part, they have the same doctrine, so even though they don't agree 100 per cent on everything, there is co-operation."

McGregor believes that although the people of St Mary enjoy a venerable relationship with their churches, the parish would progress quicker and further if its residents encouraged their offspring to be more God-fearing.

He said: "It's not like we can go back to how we were, but I'd really like to see more parents growing their children in Church. Presently, if we can get parents to instill God in their children now, we would find that the moral standing of the country would improve.

"And for that reason, I beg all the parents to start sending their children back to Church. That will make a great difference in our country."