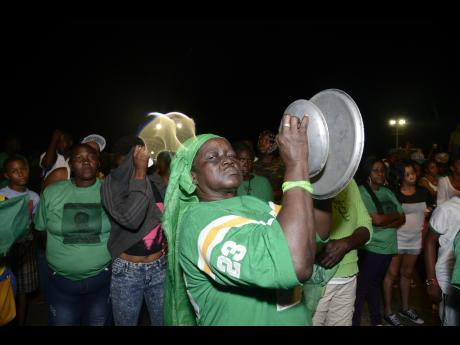 A Jamaica Labour Party (JLP) parish council aspirant has suggested that Jamaica is being punished with plagues because of its decision to elect the Portia Simpson Miller-led People’s National Party (PNP) to govern the affairs of the country.

Caretaker for the May Pen West Division in Central Clarendon, Dei Rasi Freckleton, made the analogy between Jamaica’s health woes and the plagues that affected Egypt in the Biblical days.

The young JLP member was speaking at a mass rally in Lionel Town, South East Clarendon where the leadership of the party, led by Andrew Holness, gathered after a tour of the parish last night.

Suggesting that Jamaica was being punished for having the PNP in place, oppressing the people like the Pharaoh in Egypt, Freckleton said the country is now being hit with several plagues.

Sign up for The Gleaner’s morning and evening newsletters.
Caretaker for the May Pen West Division in Central Clarendon, Dei Rasi Freckleton

In encouraging labourites to go out and put their X beside the bell, the symbol of the JLP, Freckleton said that under the PNP, Jamaica has been overrun with rats.

He says the PNP needs to 'pack their scandal bags and go' as Jamaica now needs an opportunity to experience the economic growth which can only take place under a JLP government.