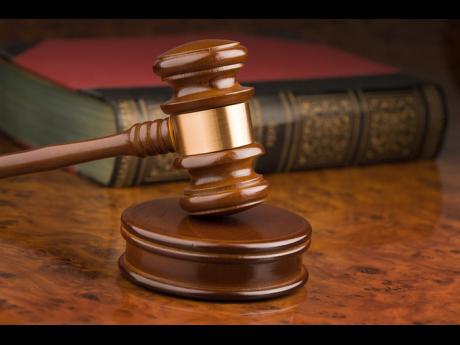 A member of the Jamaica Constabulary Force and an ex-cop charged in connection with a cocaine bust at the Norman Manley International Airport in Kingston have been granted bail.

Constable Valdano Smith and Anthony Robinson were offered bail this morning during their appearance before the Corporate Area Resident Magistrate's Court in St Andrew.

The men are to return to court on April 5.

They were ordered to surrender their travel documents and stop orders placed on them at the ports.

The bail application was made by attorney-at-law, Kemar Robinson, who along with Peter Champagnie, represents Smith.

Attorney-at-law Ayisha Robb made the application on behalf of the ex-cop, who she represents.

A second cop who was held on January 22, was later freed by the police.

The three were held on January 22 in an operation conducted by the Major Anti-Corruption Agency (MOCA).

It's reported that the cops turned up at the airport and were about to enter when they were surprised by detectives from MOCA.

It's being alleged that 22 pounds of cocaine was seized.