Pryce moved to St Catherine.. Insists he is not bitter 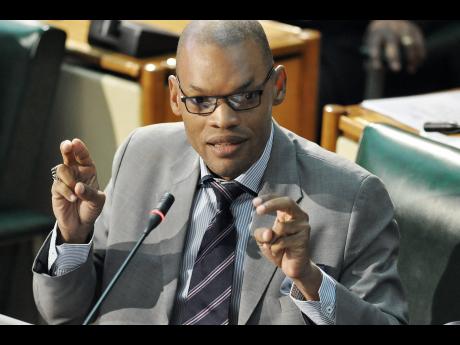 Dumped after one term as the People's National Party (PNP) standard bearer for North East St Elizabeth, Raymond Pryce is not even working alongside his successor Evon Redman in the constituency to ensure the party retains the seat.

Pryce, after appearing on stage at a PNP mass meeting in Mandeville, Manchester on Sunday night, told The Gleaner that he has been deployed elsewhere in the country 'in the national cause'.

Pryce, who won North East St Elizabeth by 4,068 votes in the 2011 general election, is currently working for the PNP in Clarendon and St Catherine.

A late addition to the PNP's slate of candidates in 2011, Pryce, in the face of mounting opposition to his continued stay in the constituency, withdrew from an internal run-off process which saw PNP delegates selecting Redman as his replacement.

The young PNP member, however, insists that 'there is no bitterness' on his part over the way in which he left the seat even though he is not assisting the Redman to win the seat.

"I assist in campaigns where I have been asked. I don't carry baggage. It is harder to keep anger and hatred and malice going than it is to let it go. So I let it go easily. I have no malice, I have no difficult relationships," Pryce told The Gleaner.

The PNP in North East St Elizabeth became bitterly divided over the Pryce issue and legal proceedings were even initiated to prevent the race from going ahead.

Sensing that the PNP may now be vulnerable in what is considered one of its strongest seats the Jamaica Labour Party (JLP) parachuted Dr Saphine Longmore into the seat just before Nomination Day to boost its chances of winning there.

But Pryce, who was put in North East St Elizabeth in 2011 as a compromise candidate after PNP delegates and workers refused to accept Basil Waite as its candidate, is expecting a massive PNP victory on election day.

Pryce said when he left his home in Craighead, Manchester and headed to St Elizabeth, he saw an organised political machinery and family in the constituency and made sure to do nothing to undermine its viability.

He told The Gleaner that to suggest the constituency is anymore fractious today as it was in years gone by betrays a lack of understanding of the political dynamism of North East St Elizabeth.

Pryce insisted that in his four years as MP, he provided quality representation for the people in areas such as education, health care and agriculture, and they will reward the PNP at the polls with a second term on February 25.