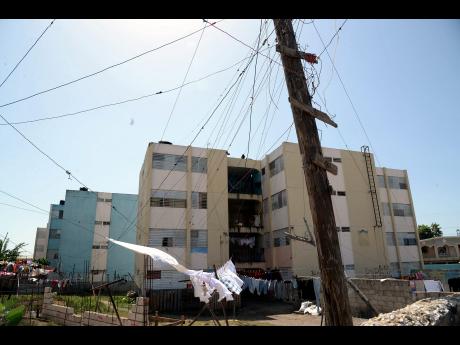 Jermaine Barnaby
Some of the several illegal connections inside the Corporate Area community of Majesty Gardens. 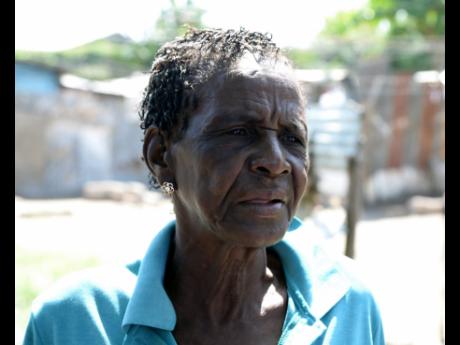 Jermaine Barnaby
Deloris Morgan is among the residents of Majesty Gardens who have welcomed the fomalising of the electricity supply.
1
2

The Jamaica Public Service's (JPS) efforts to regularise electricity usage in the Majesty Gardens community in South West St Andrew is being met with mixed feelings, as some residents welcome the legal connection while others want to have nothing to do with it.

The work in the area forms part of JPS's community renewal programme, which it is undertaking in 10 communities that have very high levels of electricity theft.

In an effort to get the residents on board, the JPS has facilitated the process of house wiring. To date, the company has connected just over 200 new customers from the community to the grid.

According to the JPS, its investment in the technical infrastructure in Majesty Gardens is so far in excess of $5.25 million, while the community is also set to benefit from a portion of an $83 million social-intervention programme also to be carried out across the 10 communities.

But even though the JPS has not yet connected half the number of customers from the community it hopes to reach, some persons who have already been connected are threatening to return to stealing electricity.

"We are in need of the regulation of light, because it can stop the burning down of houses and stuff like that. But at the same time they came the other day and my first bill is like $29,000 with just one fridge plugged on it," said Roger Focus.

"They string up in December and we got the first bill in January, and that was $18,000, and then I asked my sister to go and check (with JPS) in this month and they come back and say it is $29,000. So them just a come with light and them not coming to cater for the people."

Focus further highlighted that some persons do not even know how to conserve energy, so it is therefore going to pose a problem for them to afford the electricity bills.

Scores of illegal connections were very visible when The Sunday Gleaner team visited the area last, with some so low an adult could reach them from a normal stance.

Deloris Morgan, who has been living in the community for 70 years, explained how it reached this stage.

"In 1971-1972 we had light that we paid for, but the young set come now and they don't love to pay money, so it happens that they don't want to pay light bills, so they just start bridge light," said Morgan.

She added that she is scared of the illegal light and has been using a lamp, so she is delighted for the opportunity to get electricity in her house.

"I am grateful for it, because I would like to pay my own light bill. I would like to run my little TV or even a fridge," Morgan said. "If you want good, your nose have to run, so we just have to put our minds to it and pay for it."

The section of the community close to Spanish Town Road, where high-rise concrete structures are, has already been wired by the JPS, but persons like Morgan and Anthony Davis, who live in the section where board and zinc dwellings are in the majority, are yet to be regularised.

These houses cannot use the conventional wiring system due to their dilapidated nature, causing the JPS to be installing ready boards in the area.

Ready boards are total electrical installation done on a specialised piece of ply.

"A long time wi a wait on this. We have to just adjust ourself to things," Davis said. "It cost us less than if we were not paying bills, because sometimes our things burn up because the illegal thing no straight. So it will be better. If they set a nice little flat rate I think it will work."

The JPS is using a dual approach in the community, with social intervention and the provision of technical solutions, which include residential advanced metering infrastructure, ready boards, and prepaid service.