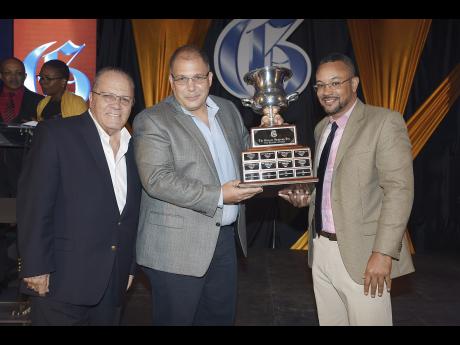 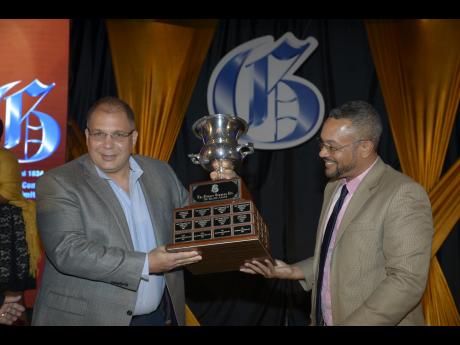 The written word is still very much a very effective means of communication, even with the technological advances which have led to the emergence of social media as the choice of many people across the globe.

That's the view of Arnold J. Foote Jr, the chief executive officer of Advertising and Marketing Limited, which took the Top Billing Award for the very first time in its 51-year history at The Gleaner Advertisers Appreciation Awards held last Tuesday evening at The Jamaica Pegasus hotel in New Kingston.

Founded in 1964 by Arnold Foote, OJ, the agency has helped to build some of the region's most vibrant and successful brands.

In his acceptance speech, Foote said the award was important "because it is a statement to the entire nation that the power of the written word is alive and well".

The marketing executive went on to explain that despite the digital and other advances in television, radio, and Internet delivery, in Jamaica, newspaper headlines continue to pull in customers.

"When you see that headline on the side of the road, it compels you to action. It may be that the newspaper headline is posted, tweeted, WhatsApped, it doesn't matter. The written word has never been more powerful," said Foote.

He noted that as brand custodians, his company, Advertising and Marketing, takes seriously its responsibility to be media-neutral. "We make responsible media recommendations to our clients with only one bias. It must be the right recommendation," said Foote.

Other agency awards were given out to The Creative Unit, CGR Communications, Jackson Advertising, and Queenmac Limited - an outlet agency.

Unicomer Jamaica Limited (Courts) was The Gleaner's top direct customer for 2015, while Roman's Funeral Home was singled out as top advertiser from the 'final-care providers' sector.

Meanwhile, Nordia Craig, The Gleaner's business development and marketing manager, used the occasion to advise clients that The Gleaner's digital presence is strong and growing with its flagship Gleaner website boasting more than seven million page views per month, iPhone and Android apps having more than 250,000 installs, Facebook and Twitter accounts having 309,000 and 170,000 followers, respectively, and a growing following of 55,000 on Instagram.

"As you can imagine, numerous advertising options exist via online and mobile platforms, and we are always flexible and open to discussion," said Craig.

The Gleaner's managing director, Christopher Barnes, attributed the company's success, in yet another tough year for media, to the support of its loyal advertisers and promised to deliver more as The Gleaner joins forces with Radio Jamaica Limited this year, when the merger transaction is completed.