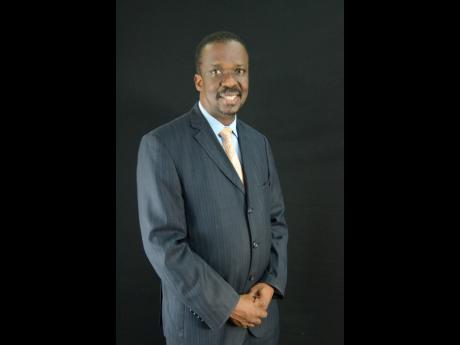 The Reverend Dr Devon Dick, pastor of 1,000 members at the Boulevard Baptist Church in St Andrew, has been installed as the new president of the Jamaica Baptist Union.

Dick was installed during the closing services of the Union's 166th General Assembly held at the National Arena on Sunday, February 28.

As president, Dick provides leadership to 337 congregations of which three are located in Haiti and one - St James-based Lilliput Baptist - was added last Sunday.

Dick will be supported by two vice-presidents, Karen Kirlew, Pastor of the St Ann's Bay Circuit of Baptist Churches, and Johnathan Hemmings, Pastor of the Ocho Rios Circuit, and a 32-member executive, including General Secretary Karl Johnson.

This is the third time in the history of the Jamaica Baptist Union that a female has been elected vice-president and first time that a female clergy will serve in that office.

In a statement following his installation, Dick acknowledged the awesome responsibility of leading the union at this time, noting that his primary focus will be on mission.

He pointed to the Mission 2020 goal of attaining 20,000 members and urged all Baptists to use every opportunity to reach more people with the Gospel.

In order to do so, he said, sacrifices would have to be made. He further encouraged Baptists to engage in best practices in ministries that would give expression to the sacrificial life.

Dick has 30 years in pastoral ministry, since he was commissioned at the Fletcher's Grove Circuit of Baptist Churches in 1985. He has been serving at the Boulevard Baptist Church since 1990.

A consummate writer, who has several publications in regional and international journals, Dick is a Gleaner columnist and author of two books, From Rebellion to Riot, the Jamaican Church in Nation Building and The Cross and the Machete: The Native Baptists of Jamaica - Identity, Ministry and Legacy.

Dick has a lifelong interest in the institution of National Heroes and the Church in nation building as evidenced in his Caribbean Studies project, 'William Knibb a National Hero?' (1985); his postgraduate thesis Paul Bogle: Prophet without Honour (1997), and his PhD dissertation The Origin and Development of the Native Baptists and the Influence of their Biblical Hermeneutic on the 1865 Native Baptist War (2008).

The 2016 General Assembly of the Baptist Church in Jamaica was convened first at the Boulevard Baptist on Sunday, February 21, under the theme: 'Being God's People in God's World, Living the Sacrificial Life'.

In his message, Falloon exhorted Baptists to give to God their unreserved gratitude, unwavering commitment, and unconditional service.

Assuming a similar tenor, Shim-Hue, who brought the curtain down on the 166th General Assembly, urged Baptists to live a life of total surrender, submission, and subjection to God.