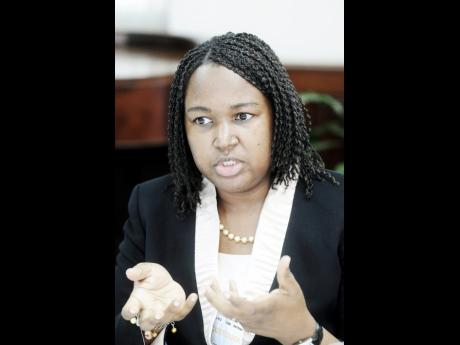 Chief Education Office in the Ministry of Education, Dr Grace McLean, has said the Career Advancement Programme (CAP) is no longer considered a failed programme.

CAP, which was introduced in 2010 as an alternative for students who did not graduate from high school, is being incorporated as part of the newly launched Alternative Pathways for Secondary Education (APSE).

McLean says, however, that this is no longer the case and that its inclusion in APSE should not be viewed as a reintroduction.

"The CAP was rebranded in 2014 and is no longer considered to be a failed programme. It is not being reintroduced, as it was never discontinued," she said in response to questions from The Gleaner.

McLean did not provide any data regarding the current pass and dropout rates for the programme.

Speaking more broadly to the roll-out of APSE, McLean pointed out that it should not be confused with the Alternative Secondary Transitional Education Pro-gramme (ASTEP) as they are entirely different programmes. ASTEP, which was introduced in 2011, for students who did not attain passes in the Grade Six Achievement Test (GSAT), was also considered to be a failed programme.

Performance indicators for ASTEP were also not provided.

Former Minister of Education Ronald Thwaites had signalled that ASTEP would be reformed to focus on alternative pathways that cater to the different aptitude of students.

The APSE, which the ministry says will be monitored in the usual way by heads of departments, vice-principals and principals, also focuses on a pathway approach which will allow students to be provided with targeted intervention and instructions based on identified needs.

The programme, which is to be rolled out in September, is expected to cost approximately $800 million.

The 2015 costing associated with the CAP programme was reported at $273 million.