Trading Up: Lasco Financial Services has no regrets 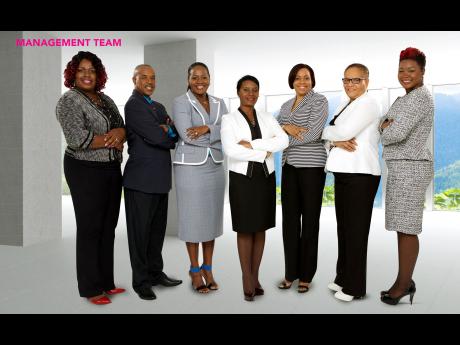 Think LASCO, and a range of products more associated with the household might come to mind.

But in 2004, Lasco incorporated Lasco Financial Services Limited (LASF), which provides a range of financial services to customers in Jamaica. The company operates as a cambio dealer and remittance services provider, as well as an agent of MoneyGram International money transfer.

LASF enlisted on the Junior Stock Exchange in October 2010. Managing director of LASF, Jacinth Hall-Tracey, said the main reason for enlisting was the proposition by the junior market to make small companies with great potential attract equity investors and maximise the business opportunities at a lower cost than traditional debt. The company has not regretted the decision.

"We benefited tremendously from the investment of J$50 million. This propelled our company from net assets of J$3.2 million as at March 2010, to its current J$1 billion," said Hall-Tracey. "We have also learnt to become more efficient and structured in our corporate governance. This improvement in our corporate governance framework also helps to increase the attractiveness of our company to large investors who can provide additional capital."

LASF also offers auto, debt consolidation, personal, and education loans, as well as financing services to civil servants and government workers. In addition, the company provides courier and bill payment services; and engages in the rental of properties. In 2015, LASF announced it was an authorised dealer for Huawei devices in Jamaica.

"LASF has been able to expand its business significantly; its physical size, its staff body, its profit and assets," said Hall-Tracey. "In 2011, our profit was $29 million, whereas our nine months profit at December 2015, was $164 million before tax. Statutory deductions for instance, in March 2011, were $9 million whereas at March 2015, it was $27 million."

Hall-Tracey noted the company has completed its first five years and is no longer subject to 100 per cent tax incentive.

"The company is now subject to taxation at 50 per cent of income for the next five years, provided that we remain listed for at least 15 years," she said. "We see our role as ambassadors for the Junior Stock Exchange. We are a stellar example of a good business proposition that has worked well and which has created much success, wealth creation and employment."