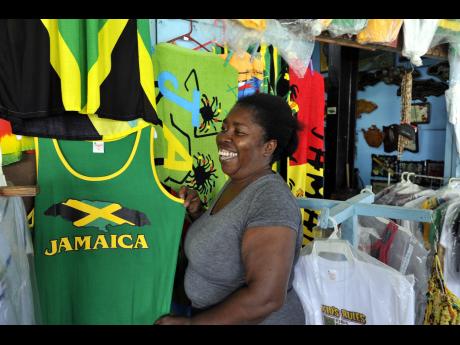 Norman Grindley
A vendor inside her shop at the craft market in downtown Kingston. 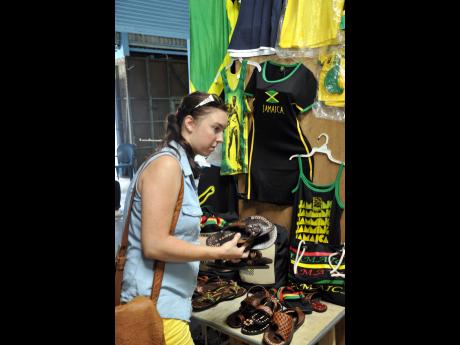 Norman Grindley
Luise, a volunteer from Germany who was working in the Mandeville hospital, journied to the craft market in downtown Kingston in search of souvenirs. 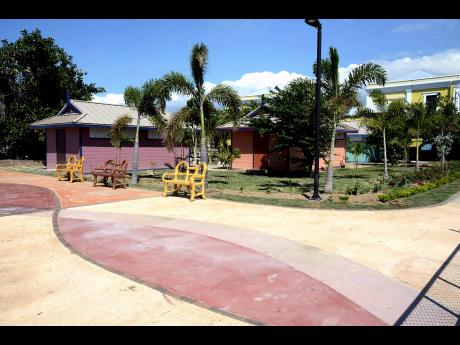 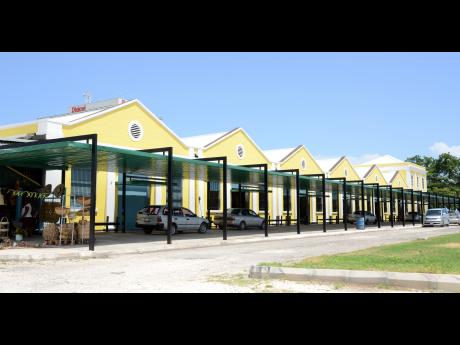 The plan to resume cruise shipping at the Port of Kingston should be good news for vendors in the downtown Kingston craft market who have long argued that this could be the lifeline for their struggling businesses.

"Repair the port and let cruise ships start docking there again and we will be fine," one vendor told The Gleaner recently.

According to vendors, while Jamaicans do come looking for bargains, it needs tourists to push critical volumes of sale.

"Business slow, very slow," said one vendor who identified herself only as Pauline.

"One time we use to get whole heap a tourist, but we nah get none now because the wharf mash up and the ships not coming to dock," Pauline said as she pointed to her well-stocked stall.

"We want cruise shipping to return to Kingston," added Pauline, with support coming from other vendors nearby.

The Port Royal Redevelopment Plan, a project of the Urban Development Corporation (UDC), is predicated on Kingston becoming a cruise ship port through which visitors from Central and South America will flow to the historic site.

The UDC, in anticipation of cruise ship return, has started the redevelopment of the Kingston waterfront with the creation of Festival Marketplace, which will provide room for in-bond and local shopping, restaurants and bars, indoor and outdoor exhibition space, a vendor arcade, a food bazaar, gardens, and a waterfront promenade.

The renovation of the Victoria Craft Market has also been done, with the nearby Victoria Pier building leased to operators, who have indicated that they would transform it into a top-of-the-line restaurant with a lounge, a sports gaming facility, an art gallery and an outdoor entertainment area.

Cruising into Kingston
UDC steps up efforts to offload downtown Kingston property
Destination downtown: Making money from metal - Tinsmiths struggling to survive but continuing to bang out a living
Fabulous furniture to be found downtown
UDC moving to improve markets