Something delectable, something purple at Taste of London 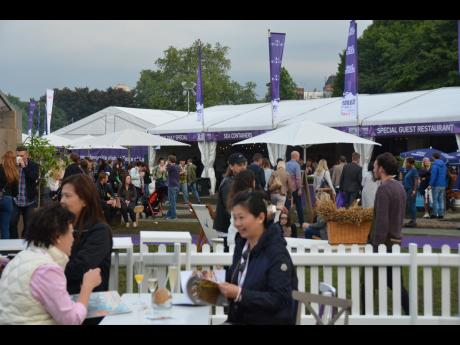 A view of a section of the booths, displays and guests in attendance at the Taste of London Restaurant festival. 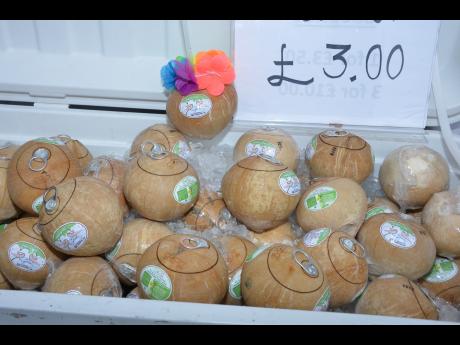 An interesting and innovative twist on serving coconut water served in the shell that is cleaned and smoothed off and a snap opening added. It is served ice cold with a straw and a tiny wooden spoon. 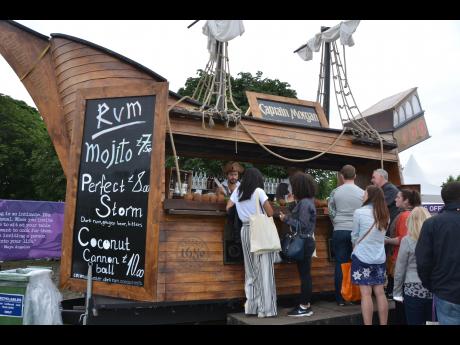 Patrons waiting at the Captain Morgan booth designed like a boat and guided by a bartender in a pirate-themed costume.
1
2
3

"Cauliflower is nothing but cabbage with a college education." - Mark Twain.

Pulsating rhythms greet you as you walk into the 2016 Taste of London culinary festival held at Regent's Park from June 15-19. The purple theme throughout the venue, from carpet to some menu items, left no doubt that this year's festival was paying tribute to the late American musical giant, Prince.

Several food quotes by the world's most famous men and women were emblazoned on the yards of deep purple canvas which provided privacy to the venue. These were eagerly read and photographed as guests slowly walked to the bounties that awaited them inside. The layout of the venue was impressive, with wide walkways and clearly visible directional signs for everyone's comfort.

Regarded as the world's greatest restaurant festival, Taste of London is five days filled with non-stop eating, drinking and entertainment as patrons roam the extensive venue, sampling the delectable food and drink for a price - well, make that several prices. Unlike other food festivals which all pale in comparison, not many bites can be tasted for free.

Each restaurant's offerings (taste), cost from £5 to £15. So, if you go hungry, it will take a pretty penny to give you a bellyful. Saturday, June 18 featured restaurants Amico Bio, Sushisamba, Restaurant Jose Pizarro, The Providores, Cliveden House, The Dairy, Cinnamon Club and Sea Containers. Some 30 restaurants participated this year.

Alongside the restaurants, there were creatively designed booths that showcased, among others, the London Tea Company, main sponsor AEG Taste Theatre, Whole Foods Market Kitchen, Small Producers Market, The Balvenie Lounge, and an awesome VIP lounge. Attracting many curious customers, the Captain Morgan booth that served a variety of rums and rum-based cocktails. The bartender was kept busy all afternoon.

There was more than enough wine tasting and appreciation classes, live cooking demonstrations and even play areas for the children. Adults, not to be outdone, brought their squares of carpet and cushions to get cosy on the ground. The inevitable London rain did not spoil anyone's fun, and although the venue was soggy and muddy in places, it was largely covered with straw, sand, gravel or other material, making movement tolerable.

This and a host of other activities will be booked for British Airways if you are planning a holiday next year by visiting:http://london.tastefestivals.com.

Barbara Ellington's trip to London was courtesy of British Airways and part of the airline's 70th anniversary celebrations.