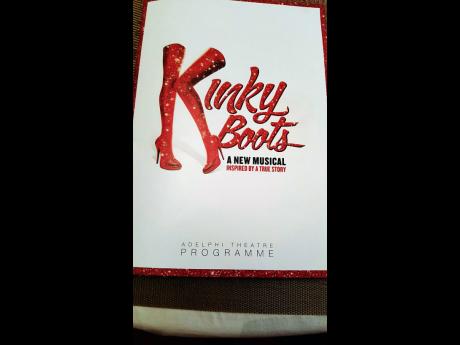 London is always bustling with activity and the summer months offer many options for tourists from all of British Airways' destinations, including Kingston.

Among the plays now on at theatres in the city's West End are Kinky Boots and Thriller Live. The former is a musical playing at the Adelphi Theatre, directed by Andrew Lloyd Webber, with music by Cyndi Lauper and inspired by a true story about a shoe manufacturer from Northampton, England. Thriller Live is playing at the Lyric Theatre and is nothing more than two hours of hit songs from pop icon Michael Jackson's four decades of awe-inspiring music.

Kinky Boots was originally made into a film in 2005, but the musical tells the same story of Charlie Price, who really yearns to be a London high flyer but, instead, inherits his father's beloved shoe factory. Feeling compelled to return it to a viable business, he elicits the help of a Soho drag queen who wants to revolutionise the face of cross-gender footwear.

The action is fast paced and the audience is kept on the edge of their seats from opening curtain to denouement to the rousing finale. The standing ovation is no surprise, but we will not spoil it. You simply must see this departure from the crass local fare that passes for theatrical productions. Kinky Boots has won the London Evening Standard BBC Radio 2 Audience Award for Best Musical and the 2016 Oliver Awards Best New Musical, Best Actor in a Musical.

Thriller Live is like a grand, finger-snapping, foot-stomping party with hit after popular hit from the repertoire of the Jackson Five/Michael Jackson. The set is magnificent, the costumes are superb, capturing the fashion of each era during which the songs were made, and a fitting tribute to the king of pop. If you go to this production expecting a musical, you will be disappointed; it is more of an exciting, and, at times, interactive concert. You will not see the life story of your idol, but you will be transported back to the days of Afros, bell bottoms, moonwalking and disco lights. Thriller Live has the title and crown of the longest-running show at its present stage, as well as holding the record for the highest gross in the theatre's history.

The good news is that you can book both of these exciting shows through British Airways at: http://www.theatreticketsdirect.co.uk/shows/35/thriller-live.

- Barbara Ellington's trip was made possible by British Airways as part of its 70th anniversary celebrations. Email: barbara.ellington@gleanerjm.com