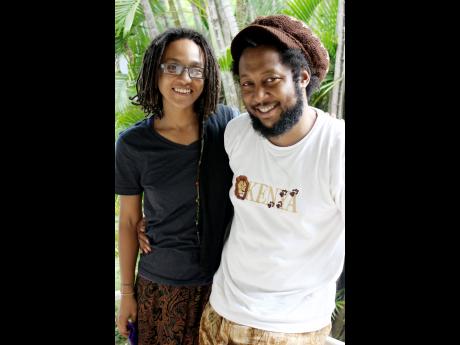 Contributed
Marcus Goffe and founder of TrueSelf Centre of Being, Elizabeth Goffe. 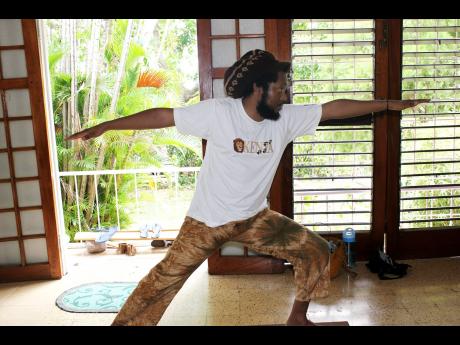 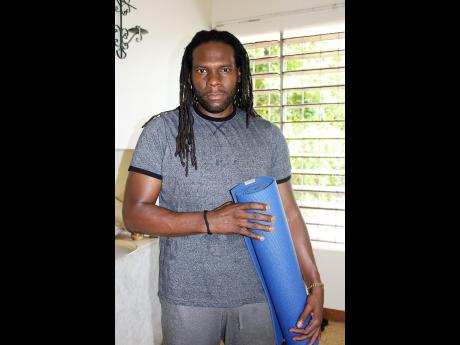 No longer seen as a 'female thing', men from all ages and backgrounds are joining yoga classes islandwide, looking for an effective way to relax, restore, rejuvenate, re-energise and realign their mind, body and soul.

Marcus Goffe, Jamaica Intellectual Property Office deputy director and legal counsel, explained how he got on the mat.

"Yoga found me though my sister, who opened her own yoga studio called TrueSelf Centre of Being. Through her passion I began to explore the benefits. And since starting, I have tried to maintain my own personal routine, which I do two to three times per week in the morning before I leave for the office or when I return in the evenings at home." Revealing Upward Facing Dog is his favourite pose because it stretches the back and the spine.

"Yoga has allowed me to become more flexible, gain greater focus and have an increased self-awareness. Yoga assists me to relax, foster inner calm and maintain a spiritual and physical balance. I would definitely advocate to other men to get on the mat. It is a great way to release tension and helps you combat stress especially postures, which are great for the neck and shoulder areas. Practising yoga can assist anyone, no matter their gender, and unlike other physical exercises, yoga's emphasis is on the power of the breath," said Goffe.

Rasheed McCallum is a mechanical engineer and international musician who recently completed his Kemetic (African) yoga teacher's training and practises yoga several times per week. He said that as a modern man, yoga brings into light some of the ancient principles humans have forgotten.

"It helps me to acknowledge the connection between my breathing and my thoughts and emotions, which, in turn, affects our reality," he said. "Generally, most physical exercises help develop the physical body, while yoga develops the mind, body and the spirit. After a yoga class, it is very common to feel more energetic, however, I have never finished playing football feeling more energised at the end of the game." Teacher and founder of TrueSelf Centre of Being, Elizabeth Goffe, has noticed a great increase of male practitioners since opening her sanctuary in 2014.

YOGA BENEFICIAL FOR ALL

"Men should do yoga for the same reasons why all humans should. It helps to find harmony, to connect to ourselves physically, emotionally, mentally and energetically. Anyone with a body and mind can benefit including children, the elderly, pregnant women, people who struggle with illness and those who want to prevent any form of stress, imbalance or disharmony in their lives. Yoga is for anyone and everyone." Listing benefits of yoga for men, Goffe, who specialises in restorative yoga, said yoga brings flexibility, while increasing muscle strength and tone.

"Yoga strengthens the respiratory system, helping people to breathe more deeply and with more control. Yoga helps to reduce overall stress by rebalancing the nervous system. People who practise yoga regularly benefit from significantly improved sleep quality. Yoga brings tranquility to the mind, helping to promote a peaceful and calm state of being," she said. Jesse Golding finds time to practise on the mat two to three times per week on average, despite his busy schedule as a multimedia technician at the Edna Manley College of the Visual and Performing Arts.

"I started doing yoga as a part of an exercise video series, strictly for stretching. However, yoga, in a much deeper way, found me through the Yin form by a tutor named Danielle Hoogenboom, who visited Jamaica early 2013." Golding, who is also a professional percussionist, said yoga is a welcome addition to his life.

"It has become a 'go-to' in times of physical and emotional stress. It has also been a very positive, healthy and balancing activity to share with my family, in particular my children and my father," he said. "Yoga is a break from all the other physical exercises we do as men. On a whole, we are all stiffer and tighter in the body and the mind than we realise and yoga helps to eliminate all of those things. I definitely recommend yoga to all my fellow men."