I will represent your concerns, attorney general tells detractors 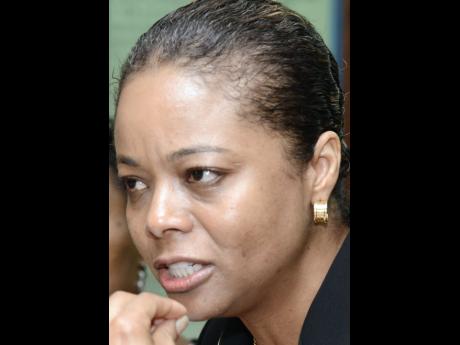 Attorney General Marlene Malahoo Forte has given the assurance that as the Government's chief legal adviser she would represent the concerns of those who do not share her private views on moral issues.

In what appears to be a veiled formal response to her controversial tweet last month, denouncing the decision by the United States Embassy in Kingston to fly the rainbow flag in solidarity with the victims of the Orlando gay nightclub shooting, Marlene Malahoo Forte said that "for those who do not share my sense of private morality, I will still represent their concerns at the decision-making tables".

She also gave the assurance that as attorney general she would work across political and other divides.

Malahoo Forte used her maiden presentation to the Sectoral Debate to highlight her key functions, noting that the attorney general is the principal legal adviser to the Government and protector of the public interest, as well as head of the legal profession.

Forty-nine people were shot dead in the attack by a man who the police later shot and killed.