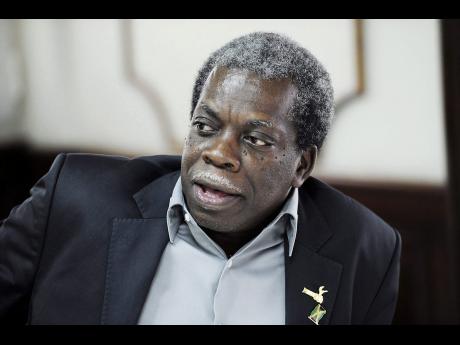 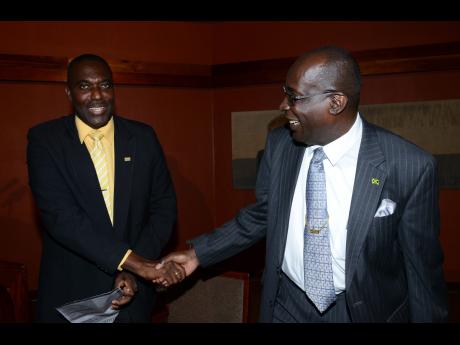 File
In this file photo Linton Weir president of the Principals Association of Jamaica (left) shakes hands with Minister of Education and Information Senator Ruel Reid at a press conference.
1
2

In explaining the low levels of registration with the national body, NPTAJ President Everton Hannam said that reports he received from the regional chairs of his organisation indicated that, for the most part, school principals have significant control of PTAs and continued to block efforts to have the associations registered.

"Some principals are still in charge of the PTA in schools. They call meetings to order although the PTA handbook clearly states that only the PTA president or designate should call the meeting to order; so the decision is taken not to register with the NPTAJ," he told The Gleaner.

Another practise cited by Hannam is that notices regarding NPTAJ training and meetings are sent to the schools but are not communicated to the PTA.

He also expressed equal concern about the fact that, "PTA funds are administered by some schools principals and bursars and therefore local PTAs do not become registered and paid up members."

Of the 208 schools whose PTA are registered, a mere 68 are fully paid up.

But president of the Jamaica Association of Principals and Vice Principals, Linton Weir has rebuffed the assertions being made by the national association and argued that the body has not done enough to promote itself.

"It is not until about two years ago that we have heard about the national PTA, so I am certain that it is a public relations problem. What the NPTAJ needs is a campaign as it is related to going around to schools and getting them to register and stop passing the blame that principals do not want to be a part because principals will take every opportunity to get on board," he said.

The NPTAJ president was, however, adamant that it is not for a lack of effort on the part of the NPTAJ that schools continue to resist registering with the body which falls under the auspices of the Ministry of Education.

The NPTAJ has gone as far as lobbying the Government to mandate that all schools register, an effort which is yet to gain traction with the leadership of the Heroes circle based Ministry of Education.

Hannam pointed out that the body has attended quality education circle meetings to speak with principals regarding the benefits of having schools register with NPTAJ, sent registration forms to all public and private schools, attended local PTA meeting to assist with training and workshops and called schools to obtain information and encourage them to register. Those efforts however, continue to prove futile.