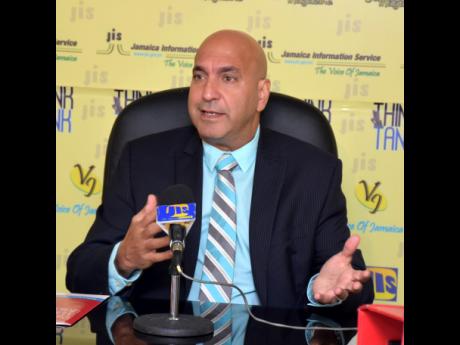 The National Health Fund (NHF) increased its subsidy on drugs, respiratory devices, and diabetic supplies for children from zero to 18 years by 100 per cent effective yesterday.

The entity will be spending approximately $70 million per year to facilitate the increase.

NHF Chairman Christopher Zacca told a JIS Think Tank on Wednesday that the cost of doubling the subsidy for children "will cover the actual impact of the increase as well as the uptake by parents registering their children, so it is a significant cost, but we think an efficient use of public funds."

He said that the largest group of beneficiaries would be children suffering from asthma, which represents approximately 9,000, or 76 per cent, of the almost 11,000 minors on the NHF card programme.

"In the case of asthmatics, the subsidy will increase from approximately 46 per cent to an average of 92 per cent of the cost of the prescribed asthma drugs," he noted.

The second-largest group of beneficiaries is children afflicted with epilepsy at 1,018, followed by diabetes at 317, and sickle cell sufferers at 280.

According to the CEO, the increase forms part of a broader review mandated by the board to look at access for beneficiaries.