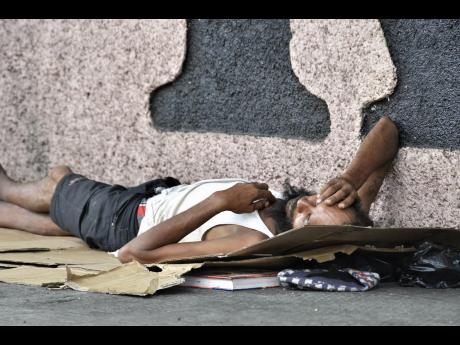 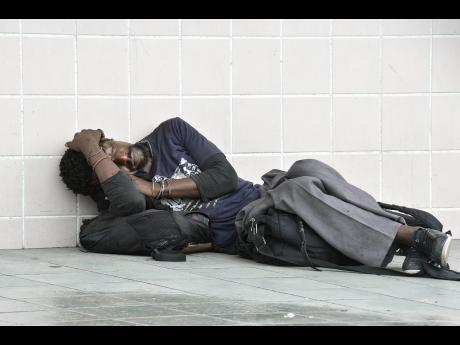 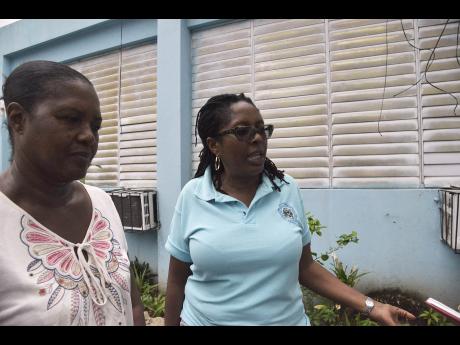 From uptown to midtown and all the way downtown in the island's capital, the homeless could yesterday be seen occupying their 'own spot' in plazas, along sidewalks, and under trees. Come rain or shine, they are usually left to the elements and are occasionally fed by kindhearted individuals or specific charities.

With the announcement by Local Government Minister Desmond McKenzie on Sunday that the homeless would be placed in shelters to ride out Hurricane Matthew, The Gleaner toured some of their usual haunts in the Corporate Area to see what obtained.

Between Heroes Circle and Regal Plaza in Cross Roads, we spotted five homeless men. We saw three more in New Kingston sleeping in front of shuttered and boarded-up corporate offices.

Half-Way Tree was abuzz with sidewalk vendors plying their wares, but not far from them, there was one homeless man outside Answers Gift and Home, one at the Sagicor Bank, and four others close to the transport centre.

The Gleaner saw several more along the way to the Marie Atkins Shelter downtown, where we were told by Inspector of Poor Mavis Farquharson that a team had removed 20 homeless persons from Silver Slipper Plaza alone on Sunday.

"We brought 44 of them to this and other shelters, but after sleeping the night, they left early Monday morning because they said they did not want to lose their spot on the road," Farquharson said.

From Constant Spring Road to Half-Way Tree Road on to Slipe Road, New Kingston, and downtown areas, The Gleaner counted close to 60 homeless persons, including women.

The homeless seemed to instinctively know where to find refuge, whether it was close to the Holy Cross Church, the pavement in front of Captain's Bakery, the steps of Carib 5, or at strategic spots around St William Grant Park. Many were simply walking on sidewalks, their frail frames burdened by their few earthly possessions. Others huddled in corners along King Street and on the steps close to Justice Square.

Many seemed oblivious to the impending danger, but according to Farquharson, while the 115 shelters in operation are equipped to feed them at least twice daily, they cannot force them to stay long after they have eaten.

Also supervising operations at the shelter was Mayor Dr Angela Brown Burke, who said the Kingston and St Andrew Corporation had been preparing to house the homeless as well as doing disaster-mitigation work since June, including clearing blocked drains.

"We also have teams on standby to clear drains if they are blocked because of flooding. The shelter managers have been trained and we have a total of 115 shelters ready for opening," Brown Burke said.

And, on the question of feeding those housed in shelters, the mayor said it was not their intention to feed persons when they come in because there would not be enough food for all, but they would get food when their personal supplies ran out.

"Persons have been told to bring their medicines, water, food, blankets, and toiletries with them," she said.