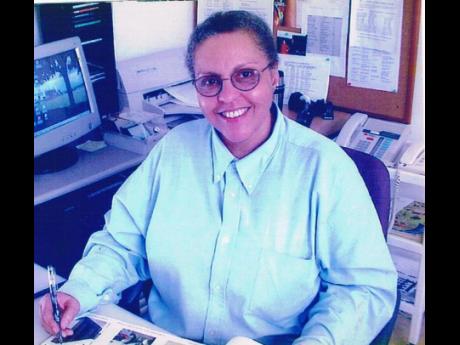 The 2016-2017 Nadine Isaacs Memorial scholars have been selected. They are Ashley Williamson and Andre Purge, both students pursuing a Bachelor's in architectural studies at the University of Technology (UTech).

The scholarship is named after noted Jamaican architect the late Everyl Nadine Isaacs. She attended the University of Sydney, Australia, Carlton University, Ottawa, Canada, and she received her Certificate of Accredited Architectural Education from the Royal Architectural Institute of Canada.

Isaacs died on June 16, 2004, and the Nadine Isaacs Memorial Scholarship at UTech was established in the same year by her brother-in-law and Chairman of Gore Developments Limited's Phillip Gore.

"The Gore Family Foundation, in conjunction with Gore Developments Limited, congratulates and salutes our two scholars, Ashley and Andre. We wish them all the very best in their endeavours as worthy recipients and budding architects living up to this distinguished scholarship's standards set by one of Jamaica's finest architects and high achievers, the late Nadine Isaacs," said the foundation.

Isaacs was employed to the Ministry of Housing, working her way up to become senior executive architect.

In the mid-1970s, she worked with the World Bank on various projects in conjunction with the Ministry of Housing to improve availability of low-cost roofing materials.

Isaacs joined the Sites and Services Division and worked on low-cost housing design and construction, later joining the Urban Development Corporation before opening her own firm, E. Nadine Isaacs Architects Limited, in 1982. Isaacs also found time to serve as chairman of the then Natural Resources Conservation Authority (now the National Environment & Planning Agency).

Isaacs, Jamaican architect par excellence, pulled off many 'firsts': first female president of the Jamaica Institute of Architects (1986); following up, she was re-elected for a second term in 1987, and in that same year, was appointed first female vice-chair of the Architects Registration Board.

In 1999, she became the first female to head the Caribbean School of Architecture and the first ever female 'Fellow' of the Jamaica Institute of Architects.