Inspector Blanche Codner: Embracing the challenge and holding the fort in Clarendon 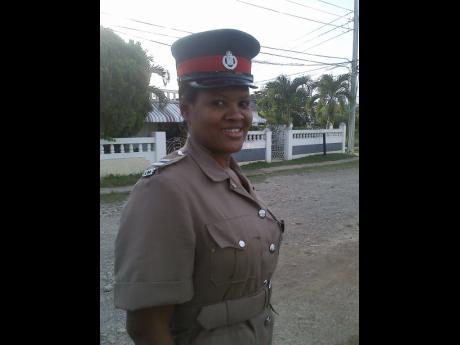 Inspector Blanche Sophia Codner has put in over two decades of service in the Jamaica Constabulary Force (JCF) and is currently a compliance officer at the Clarendon division.

Looking back, Codner said her motivation to be a part of the JCF came from wanting to serve her country; she just wasn't sure in what capacity.

"Then one day I saw my aunt, who was a police officer, in her uniform. she was immaculately dressed and looking smart. It was then I decided that I wanted to become a police officer," she reminisced to Rural Xpress.

Serving in a parish that has its own issues, closing out last year with the third-highest number of murders - 135 to be exact - Codner said her job doesn't come without its challenges.

"My main challenge is that despite our best efforts in Clarendon, we are not able to reduce the murders in the division. All other major crimes are on the decline, with the exception of murders. The other challenge is that we are unable to attend to the citizens' complaints in a timely manner due to the lack of resources," she shared.

But, Codner has not given up hope in there being changes, as she said her desire is for the citizens and the police to develop a partnership and work together in solving crimes, "because we cannot do it alone, we need the support of citizens".

Although Codner is giving her all in service, and hoping to work in tandem with civilians to bring about a change in the parish, she still has one wish and that's for the myth that many have about police to be debunked.

"Most of the police are decent, hard-working, law-abiding citizens who are committed to the mission of the Jamaica Constabulary Force and are working to accomplish the 2030 vision of the nation. It is just a few that are corrupt, and the hierarchy is working hard to rid the organisation of them," she said.

Codner, who describes herself as a humble, dedicated, committed and diligent individual who is very easy to get along with, said she holds the firm belief that everyone should be treated equally and fairly, regardless of their class, colour or creed, adding that all persons' rights must be respected.

"I am driven by the desire to serve and to succeed. I am family-oriented and so when I am on time off, I spend quality time with my family by going to the beach, among other places; and I like to watch roots plays," she said.

Serving in the force has its periods of ups and down, but for Codner, the rewarding moments far outweighs the bad ones. She shared one that even now stands out in her memory.

"One moment that I remember distinctively happened about two years ago. a mother was experiencing some difficult times with her teenage daughter, who was attending a prominent high school. She had potential, but had fallen into bad association and was not performing well. She asked me to speak to her and I did. she listened to me and now she is attending university and excelling," she said.

If she experiences any 'sad times', it has to do with her inability to satisfy those needs she come across that she can't assist, and dealing with what she terms "bad apples".

"It is depressing when I can't readily assist the citizens. it is heartbreaking when the few bad apples in the force conduct themselves in a manner that brings the organisation into disrepute.