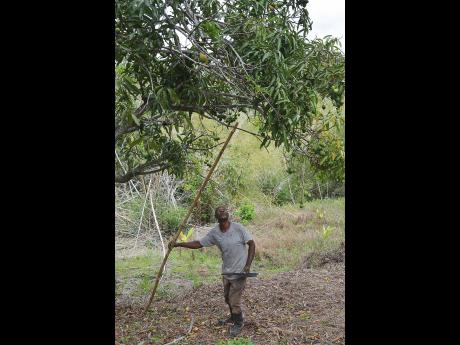 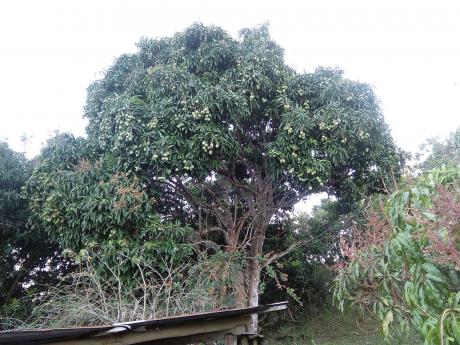 Claudia Gardner
This mango tree in Clifton, Hanover, is already laden with green fruits and blossoms, like many others in the parish.
1
2

With another mango season approaching, some stakeholders in Hanover are lamenting the fact that the perennial problem of millions of pounds of the fruit going to waste will be repeated this year as there are no agro-processing facilities in the parish.

The stakeholders are further peeved that the Ministry of Industry, Commerce, Agriculture and Fisheries' plan to foster the establishment of post-harvest facilities in the parish has still not taken place.

"For this year, looking at the potential for mango, we have so much blossoms and there will be so many mangoes in abundance, yet we have no plan in the near future to have a processing plant in Hanover," farmer Donald Campbell told The Sunday Gleaner.

"Personally, I think the opportunity has been missed. I don't know if we have the leadership in the parish looking in that direction, because over the years we have become accustomed to the same old, same old.

"It is a shame to know that we have so many things going to waste and you have the schools selling children this huge amount of sodas and bag juice, when we could have the children benefiting from a juice factory. It is a shame to know that we don't have a place for turmeric, just like you have the old cocoa factory in Lucea gone to ruins. Turmeric is one of the produce that goes out of the parish for little or nothing," added Campbell.

The agriculture ministry, which spearheaded Jamaica's 2013 Food and Nutrition Security Policy, had promised that the Government would promulgate value-added production through, among other things, "the construction and operation of critical infrastructure" such as post-harvest facilities, abattoirs, cold storage, packing houses with cold and ambient temperature storage, through strategic public-private sector partnerships.

According to Campbell, this could have been achieved by retrofitting empty factory buildings, which are scattered across Lucea.

"Right through the year things could be going on. We have a lot of ackee, breadfruit, plum, ginger, turmeric, a lot of guava, and we have apples going to waste. So this would go a far way in breaking the back of unemployment, even if we have just a centralised location in Lucea where everybody can take their stuff," argued Campbell.

"Persons reap the mangoes, breadfruit or the yam and go to the market and sell them. People from St Ann and Montego Bay, St James, come and buy mangoes in Hanover to go and sell. They buy them sometimes for little or nothing," said Campbell.

He added: "If we want to grow by five per cent in five years, these are the things that would help top push growth, the very small things at the bottom. It is not necessarily the big things that will help to push growth. Use the things that we can get here, that we don't have to get raw materials outside the country."

Executive director of the Hanover Educational Institute, Angela Haye, said dialogue and a partnership involving the elected representatives, the communities and the Govern-ment is necessary if Hanover is to really benefit from its natural resources.

"The parish of Hanover is probably the most fruitful place in Jamaica. We have mangoes, breadfruit, ackee and all the wonderful fruits that are basically going to waste each year. I have been hearing about agro-processing since I returned home now for 17 years.

"I thought by now the respective governments would have put things in place for this to be a reality for the people of the parish," said Haye.

"Based on my observation, Hanover is far poorer now than it was 17 years ago. Some of it has to do really and truly with poor political representation. Another aspect is poor education in terms of not just academics but economy, processes and importance of value-added products and their benefit to the people of the parish.

"That sort of education has fallen through the cracks. The majority of persons don't know the importance of heading into that direction," added Haye.

"We need to really as a people sit down with the political representatives, with the powers that be, to find out how we can make this wonderful dream that I have been hearing about for the past 17 years a reality. It takes the will of the Government and the will of the people," declared Haye.