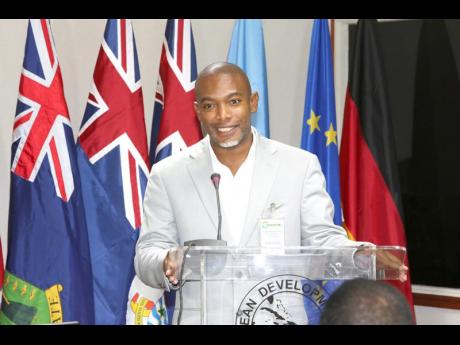 File
Gardner: High-performance buildings, with respect to energy use, can serve as an exemplary building design in lieu of the emerging Energy Performance Standards. 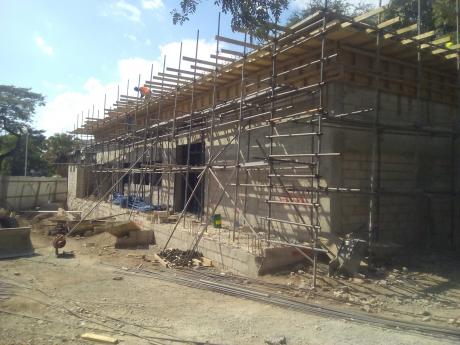 With buildings accounting for a third of growing energy use within the Caribbean Community (CARICOM), the construction of the University of the West Indies' (UWI's) net-zero energy building is being watched for, among other things, its knowledge transfer value.

"The role of efficient energy use in buildings and transport, in particular, are considered to be cross-cutting and is important to all social and economic sectors," said programme manager for Energy and head of the Energy Unit at the CARICOM Secretariat, Dr Devon Gardner.

"Work in these areas have been prioritised and, in relation to buildings, the development of CARICOM-wide Energy Performance Standards and Energy Efficiency Building Codes for non-residential buildings is in an advanced state," he told The Gleaner.

"High-performance buildings, with respect to energy use, can serve as an exemplary building design in lieu of the emerging Energy Performance Standards. The information generated on cost versus performance will provide knowledge that can be transferred to support other building designs," Gardner added.

The construction is being undertaken through the 'Low Greenhouse Gas Emissions: Promoting Energy Efficiency & Renewable Energy in Building in Jamaica' project of the Institute for Sustainable Development.

Financial support is being provided through the Global Environment Facility, with technical assistance from the United Nations Environment Programme.

In addition to its potential climate security value, seen in the context of global efforts to reduce greenhouse gas emissions that fuel global warming, the building, which is being constructed at the Mona campus, should also help benefit the bottom line. The latter is given prevailing high levels of dependency on petrol to produce electricity in the region.

"Despite the recent drop in oil prices, electricity rates continue to be relatively high as a result of the complex distribution chain associated with the delivery of oil products in small-island developing states, as well as the inefficiency with which electricity is produced, delivered and used," he added.

"Economics aside, a major reason for the climate change crisis that currently confronts the world is the way in which we have traditionally produced, delivered and used energy, and that includes in buildings," Gardner said further.

The advantages of going the UWI way in terms of a net zero building, he said, are clear.

"The concept of a net-zero energy building is one which a building produces, from clean, indigenous renewable sources, as much energy as it uses over the course of a year. Implicit in this is a significant focus on practices and applications that minimise the amount of energy that is used to provide the energy services that are necessary to support the building use and functions, what we typically refer to as 'energy conservation and efficiency'," Gardner said.

The key lesson from the net zero building for stakeholders, Gardner said further, "is that thinking about how to minimise the operating cost of the building during the design phases can lead to significant economic savings for individuals and for countries, as well as contribute positively to the global climate agenda".

The building will also be earthquake and hurricane resilient and used for meetings and short courses related to energy. It will also generate renewable energy on site, with any excess on-site energy produced made available to the local grid.