Is the church still a sanctuary? 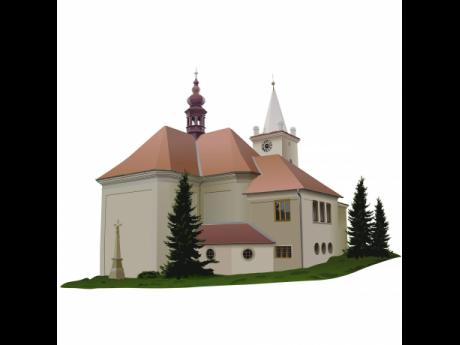 Train up a child in the way he should go and when he is old he will not depart from it - Proverbs 22:6

Growing up, it has always been the norm for parents to advocate that children be 'raised' in the Church. Be it Sabbath or Sunday School, the principle was that if they even turned away to focus on 'things of the world', then the innate training would manifest itself once more.

But with the many reports coming out of Christendom regarding the abuse by leaders of the flock on their young charges, reports on pastors swindling poor souls out of their hard earned monies, doubts have arisen on how much of a sanctuary the Church really is.

Dr Edina Bayne, associate pastor and member of the American Associations of Christian Counsellors, who is currently in Jamaica reached out to Family and Religion on what she termed 'a burning issue'.

"The Church, which one would love to think would be the final frontier, a place that is built on family, and where families should feel safe - especially safe from sexual abuse, manipulation and control - is everything but safe. Now we find that in all too many instances in the churches, charismatic pastors and leaders are preying on the Church instead of praying for them," she said.

DISSERVICE NOT TO REPORT ABUSE

Her belief is that it is a disservice to individuals who are affected by these forms of abuse, especially when repeated behaviours go unreported.

"Why do individuals not report abuse, sexual assault and rape in the Church? It is because there is a culture of secrecy coupled with an unbridled willingness to believe the perpetrator rather than the victim. In many cases, pregnancy and abortion are inflicted upon young victims who have to live with the lifelong consequences," she said.

A resolute Bayne stressed that there should be zero tolerance for these kinds of actions. The no tolerance, she said, should be encompassed to include impunity, forgiveness without rehabilitation, counsel, and monitoring.

"It is unfair to unleash a perpetrator on an unsuspecting congregation; and unfortunately some of these individuals are so deceptive and manipulative that they know how to fake their rehabilitation," she points out.

Bayne said some of the fake leaders continue in their own self-deception, claiming that they never committed the crime. Those, she said, are the most dangerous ones because they are so beguiling that they will always find a few who are willing to believe their lies as they continue to tell their story.

"These men are very skilled at constructing woven webs of deceit, which can catch even seasoned pastors unprepared. They reach out with compassion and a spirit of second chances and restoration, only to find out that the web of the crime is greater than that which was presented, and far beyond what was presented and what can even be imagined," Bayne revealed.

Seeking solutions in the Church being the sanctuary, Bayne said it is incumbent upon pastors to protect the people, that God has entrusted to them.

"That dilemma is further exacerbated by the fact that these behaviours reflect so poorly on the institution and the church community opts to hide it from the society at large and bury the problem within the Church, where, it would appear this problem has become increasingly pervasive," she said.

Reminding that unless a rapist goes to jail for life, he will one day be released again into society... into a community that just might be ours.

"Mothers and fathers, pastors and congregation, do not become desensitised to this type of criminal behaviour. If you stay alert you will be helping to prevent such individual form becoming repeat offenders. This is a church responsibility!"