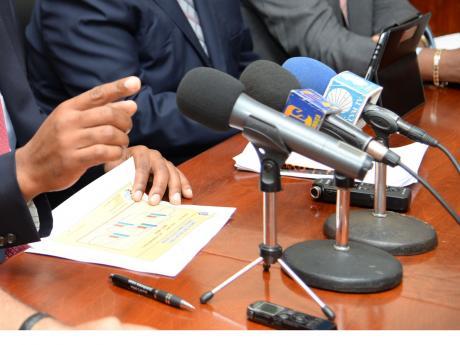 Jamaica has improved two places to be ranked eighth out of 180 countries in the 2017 World Press Freedom ranking released today by Reporters Without Borders.

According to the press freedom watchdog, Jamaica is among the countries that most respect freedom of information.

"The very occasional physical attacks on journalists must be offset against this, but no serious act of violence or threat to media freedom has been reported since February 2009, a month that saw two cases of abuse of authority by the Kingston police," it said.

Reporters Without Borders also noted that the law decriminalising defamation passed by the House of Representatives in 2013 was a step in the right direction.

Last year, Jamaica had fallen one place to 10th on the ranking.

But while, Jamaica has improved two places to its best ever ranking, Reporters Without Borders said attacks on the media have become commonplace.

"We have reached the age of post-truth, propaganda, and suppression of freedoms," said a Reporters Without Borders spokesperson noting that the index highlights the danger of a tipping point in the state of media freedom in many countries.

"Media freedom has retreated wherever the authoritarian strongman model has triumphed," a spokesperson for Reporters Without Borders said.

The organisation said the obsession with surveillance and violations of the right to the confidentiality of sources have contributed to the continuing decline of many countries previously regarded as "virtuous".

Costa Rica at sixth is the only other country of the Americas in the top 10.

The number-one-ranked country is Norway and the worst-ranked — North Korea.