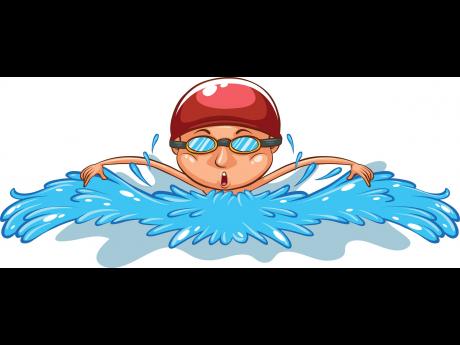 Today, we will explore a very popular question that has been a recurring theme for many Christians over the years: What does God expect of me in a world that doesn't share my values?

From the book of Daniel, we can conclude that His call for our lives is one of non-negotiable faith. But, how do I live in this world without becoming like this world? As we interface with the world, there is a scrutiny of our lives that is occurring, and God is expecting us to be his ambassadors.

Daniel was a young man that faced this same question. He was probably between the age of 12-16 when the Babylonians came into Judah and carried his people away as captives. He was uprooted from his home, his family, his church, his life ... everything that Daniel knew was now gone. He was transplanted and forced to live in a pagan environment, where he was constantly being tempted to compromise his convictions. Yet, Daniel chose not to give in to the demands of the culture. Today, we will look at Daniel's response and distill from this insight that will help us to answer this question.

What we see is that:

Purposed here comes from a Hebrew word meaning "to determine". The New Living Translation (NLT) renders the meaning as "but Daniel made up his mind not to defile himself..."

The defilement that Daniel wished to avoid here was religious and ceremonial. This was because the food eaten by the king was not "kosher" by Jewish standards. More than likely, the meat eaten by King Nebuchadnezzar had also been offered in sacrifice to the gods of Babylon. Though Jewish dietary laws could be set aside to preserve one's life, apparently Daniel saw this as a calculated ploy of the king to wean him away from God. But Daniel would not be pulled away from his God without a battle. He had made up his mind to remain faithful to God.

This is an inescapable, fundamental part of Christianity. If we have not resolved to serve God, or we are not whole-hearted about our conviction, it will not happen. Daniel made up his mind - his intellect, his emotion and his will were all engaged in the decision. Like Daniel, we must have a conviction about our relationship with God. A conviction is different from an agreement or a preference for something.

The US Supreme Court explains the difference this way: A preference is a very strong belief held with great strength. You can give your entire life in a full-time way to the service of the preference and can also give your entire material wealth in the name of the belief. While a preference is a strong belief, it is a belief that you will change under the right circumstances. A conviction, on the other hand, is not something that you discover; it is something that you purpose in your heart. Convictions on the inside will always show up on the outside in a person's lifestyle. (David C. Gibbs, Jr, Christian Law Association)

Author Jerry Bridges, in his book, The Practice of Godliness, page 153, said it this way, 'A belief is what you hold; a conviction is what holds you.'

Daniel was convicted, he was resolved, he made a firm commitment, and he engaged his mind - his intellect (reasoning power), his emotion and his will all toward God. There is where it all begins.

However, this cannot be based on just human effort. It requires that we come to God fully committed. "And you, my son Solomon, acknowledge the God of your father, and serve him with wholehearted devotion and with a willing mind, for the LORD searches every heart and understands every motive behind the thoughts. If you seek Him, he will be found by you; but if you forsake Him, he will reject you forever. 1 Chronicles 28:9-10 NIV.

We must make a total commitment to God. The logical outflow of such a decision is that our hearts will be set always towards pleasing and obeying Him. Then, our convictions will govern our actions.

Daniel demonstrated that despite the odds being against him, he could and remained committed to God. The same is true of us today. Irrespective of the challenges to our faith, with God's help we can remain committed and live out our faith. We can swim upstream.