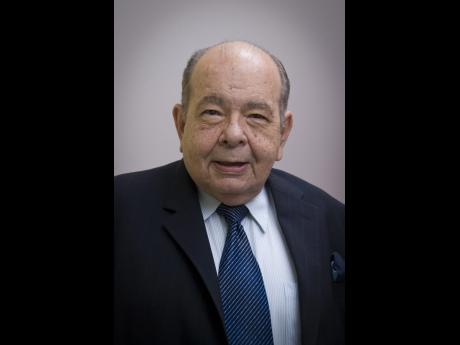 The work and contributions of the late Francis 'Paco' Kennedy, acclaimed Jamaican businessman, philanthropist and advocate for the renewal of downtown Kingston, was recently recognised by a posthumous induction into the US Minority Business Hall of Fame and Museum (MBHFM).

The ceremony was held at the Morgan State University in Baltimore, Maryland, where Catherine Kennedy, his daughter and chief risk officer at GraceKennedy, along with her mother, Marjory Kennedy, director of Jamaica Freight and Shipping Company Ltd, accepted the award.

"My mother and I are absolutely delighted and honoured that such a prestigious organisation has inducted my father into the Minority Business Hall of Fame. My father would have been deeply surprised and honoured. He was a very humble man. He worked not to amass great amounts of wealth or accolades, but rather to do good, to serve his country. He was fired by this zeal," Kennedy said.

Paco Kennedy was honoured for promoting closer business ties between the US minority business community and Jamaica. He was nominated for the award by Julian 'Jingles' Reynolds, Jamaican-born, American based entrepreneur, writer, and filmmaker who is a member and consultant with the National Minority Business Council, headquartered in New York, and serving the interests of minority businesses throughout America. The nomination was supported by John F. Robinson, president and co-founder of the 45-year-old National Minority Business Council (NMBC).

In describing her father's efforts to promote investments in Jamaica, Kennedy said: "Daddy brought major US corporations and US minority-owned businesses to Jamaica and encouraged them to consider Jamaica and Jamaican companies when looking to expand their supply chain and/or other investment opportunities."

"His outreach has led to several business and philanthropic relationships that are still active today. One example of this is the work of the Sounds and Pressure Foundation which was formed in 2006 as a partnership and was registered as a charitable foundation in 2014 with an objective to elevate the value of downtown Kingston as a cultural tourist attraction," she added.