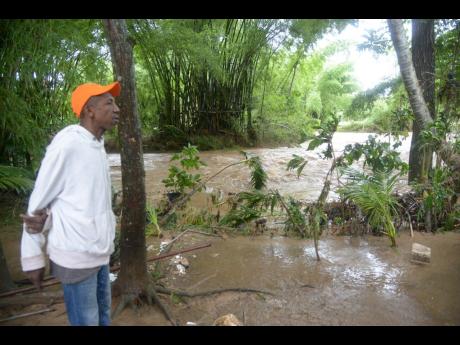 A resident of Sunnyside, Linstead in St Catherine watch the rising waters.

The National Environment and Planning Agency (NEPA) is advising the public to exercise extreme caution in areas close to swamps, rivers, gullies and other known crocodile habitats, as the animals are likely to be displaced during the current torrential rains.

The NEPA is reminding the public not to provoke crocodiles as they may become defensive if cornered or attacked.

Crocodiles are one of Jamaica’s many endangered animal species and are protected under law.

It is an offence under the Wild Life Protection Act (WLPA) to possess, hunt, kill capture or wilfully molest the crocodile.

Individuals found guilty of the offence may be charged a maximum fine of $100,000 or face one year imprisonment.