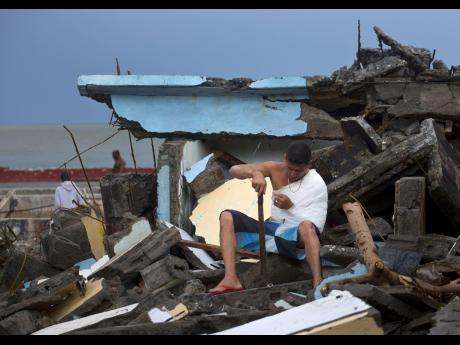 The Meteorological Service of Jamaica noted that while nothing can be said officially at this time, it is currently making reference to the university's preliminary forecast. The official report is expected to be published during the last week of May.

The hurricane season runs from June 1 through to November 30.

The report highlighted that the current neutral El NiÒo-Southern Oscillation (ENSO) is likely to transition to either weak or moderate El NiÒo conditions by the peak of the Atlantic hurricane season.

It further noted that the tropical Atlantic has anomalously cooled since March and the far North Atlantic is relatively cold, potentially indicative of a negative phase of the Atlantic Multi-Decadal Oscillation - a mode of natural variability occurring in the North Atlantic Ocean and which has its principle expression in the sea surface temperature field.

According to the report, "We anticipate a below-average probability for major hurricanes making landfall along the United States coastline and in the Caribbean. As is the case with all hurricane seasons, coastal residents are reminded that it only takes one hurricane making landfall to make it an active season for them. They should prepare the same for every season, regardless of how much activity is predicted."