Are we really ready? - Local residents must get involved in risk-reduction process, says disaster preparedness expert 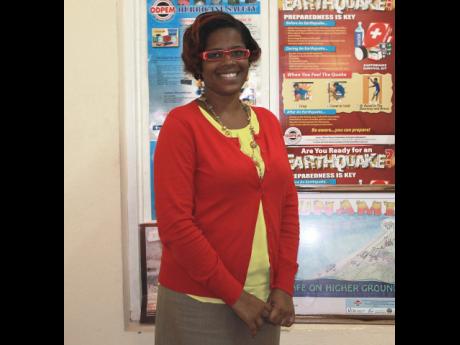 As the start of the hurricane season approaches (June 1), St Mary's coordinator for disaster preparedness, Yolande Jankie, said she believes the citizens of her parish could be doing much more to protect themselves from the potential devastation caused by natural disasters such as hurricanes, floods, and earthquakes.

Jankie has spent the better part of a decade raising awareness and managing recovery activities across the parish, but is concerned that local residents mostly fail to grasp the significance of their role in the risk-reduction process.

Speaking from her office at the St Mary Municipal Corporation in Port Maria, Jankie told Rural Xpress: "The problem is, persons have to literally see the waves and hear the wind before they start battening down the hatches. I guess it's just become a part of our culture. We have grown complacent.

"I would really like to see more community persons accepting roles in the disaster-management process because they are the persons on the ground and the people most impacted. They should organise themselves and reach out to us, so we can provide whatever information and training they need. That way, whenever there is a disaster, they will be able to respond within their communities before the external agencies arrive because, as you know, we have serious resource constraints."

Jamaica is particularly susceptible to earthquakes because of the active geographical fault lines that run across the island, and the tiny but continuous movements that occur in the Earth's crust, hundreds of metres below the Caribbean Sea.

To learn more about how other countries deal with disasters, earlier this year, Jankie travelled to Japan for a community-based risk-reduction training course, and believes many of the ideologies and techniques she picked up during her six-week sojourn should be implemented throughout Jamaica.

"We have several fault lines running through Jamaica and a history of major earthquakes, so there is always a reason to be prepared because there are no warning signs for earthquakes. Also, tsunamis are a fairly new hazard for us, but we are surrounded by water, and records show there were tsunamis in the 1692 Port Royal earthquake and the 1907 Kingston earthquake, and I always say, if it has happened before, it can happen again."