Communication is key to parenting 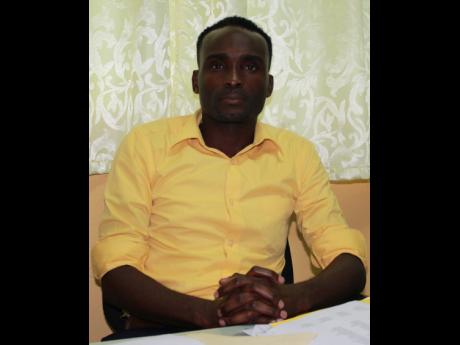 According to Dalton Slew, senior guidance counsellor at the Oracabessa High School in St Mary, broken families and a lack of free-flowing information between children and their parents are two of the biggest domestic problems facing the parish's residents.

Slew, who in 2008 left his hometown of Linstead, St Catherine, to join the faculty at Oracabessa High, believes that both issues can cause fragile young people to suffer psychological trauma.

Speaking earlier this week from the school's vice-principal's office, he told Family and Religion: "I've noticed there are many broken families, where parents don't live together, and it's either the mother, father, or sometimes, parental responsibilities are left up to grandparents.

"To a lesser extent, you may have students who, in essence, are somewhat on their own, and that is a major issue. I was brought up in a single-parent family and know this problem is not unique to Oracabessa or St Mary, but I've found that compared to where I'm from, it is more pronounced.

"The breakdown or absence of the family unit] has varying effects.

For example, some students will have questions such as, 'Why doesn't my father live with us?' Some are affected quite badly emotionally, and others come to the realisation, accept the situation, and try to move on. Some accept, some are in denial, and others ask, 'Why?'"

Slew insisted that communication is the key factor in 21st century childcare and has observed that the best parents tend to be both conversant and attentive.

He explained: "Parents really need to communicate with their children and listen to them because they have inquiring minds and are going to ask questions.

"For example, we teach puberty in grade seven when the students are going through puberty and experiencing physical, external, and emotional changes.

I remember talking in class about changes that take place such as wet dreams, which some of the boys would have experienced.

"But, some of them said they couldn't ask their parents about it because that kind of question is not supposed to be asked and would make them uncomfortable.

Some of them are living in a situation where children must be seen and not heard because some persons are still living in that era. But when I meet with parents, I tell them that if they don't teach and share certain things with their children, the possibility exists that they might get this information elsewhere, and that might not necessarily be the right information," said Slew.

"It is very important that you develop that relationship where they are comfortable relating to you, and you're comfortable sharing with them.

"Communication is paramount. I have a good rapport with my students, even those that I don't teach, and I believe it all boils down to communication. Once the students see you as someone they can confide in, and they are comfortable relating to you, you will tend to get more from them."