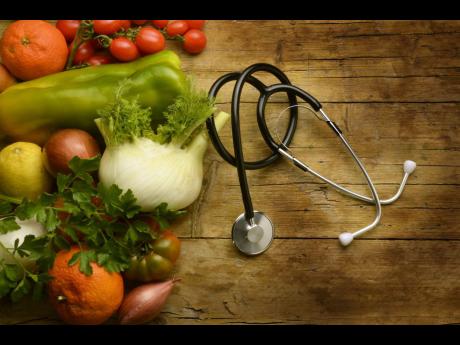 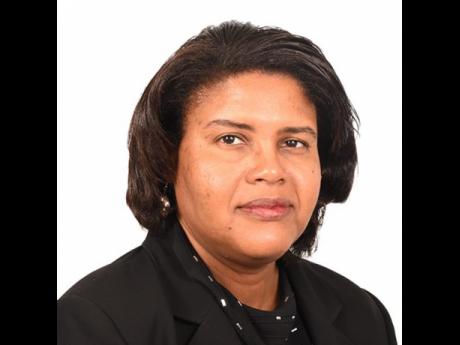 President of the Jamaica Association of Professionals in Nutrition and Dietetics (JAPINAD), Vanessa White-Barrow
1
2

The Ministry of Health is leading a multisectoral approach to reduce the number of persons suffering from obesity.

Under the National Strategic and Action Plan for the Prevention and Control of Non-Communicable Diseases (NCDs) in Jamaica 2013 to 2018, the ministry and its partners are implementing innovative measures to address this condition.

Known as a 'silent killer', obesity is a medical condition in which excess body fat accumulates to the extent that it negatively impacts an individual's overall health.

This is not to be confused with overweight, which is where a person has more body fat than is recommended for optimal health.

President of the Jamaica Association of Professionals in Nutrition and Dietetics, Vanessa White-Barrow, said that a healthy diet consisting largely of fruit and vegetables play an important role in weight control.

NOT ENOUGH FRUITS AND VEGETABLES

Data from the 2007-2008 Jamaica Health and Lifestyle Survey II conducted by the National Health Fund and the University of the West Indies, of persons aged 15 to 74, show that nearly half of the population is not eating sufficient portions of these nutrient-rich foods.

White-Barrow said the study shows that an unhealthy diet, high in fat and low nutritional value, coupled with low levels of physical activity, is a major contributing factor to the high level of obesity in the country.

The survey also indicates that the prevalence of obesity in Jamaica is increasing, causing many NCDs, including Type 2 diabetes, which affects some 150,000 Jamaicans, with one quarter suffering from high blood pressure. Other chronic illnesses arising from obesity are heart disease, stroke, cancers, infertility and osteoarthritis.

Information in the Jamaica Health and Lifestyle Survey II conducted by the National Health Fund and the University of the West Indies shows that obesity and age, coupled with poor lifestyle habits, are associated with increased rates of hypertension, diabetes and high cholesterol in both males and females.

In response to this, the Government has embarked on an aggressive, multisectoral action plan in the fight against obesity by promoting healthy lifestyle habits.

Director of the Health Ministry's Nutrition Unit, Sharmaine Edwards, said that the ministry is taking a multipronged approach to address the obesity epidemic by promoting exercise and healthy dietary choices.

In April, the Ministry launched its 'Jamaica Moves' campaign to highlight the importance of physical activity for overall health. It encourages Jamaicans of all ages to engage in at least 30 minutes of moderate to vigorous exercise for a minimum of five days per week for good health.

Regular exercise has many health benefits, including assisting in weight control, reducing the risk of cardiovascular diseases, Type 2 diabetes, certain types of cancer, as well as strengthening and toning the body while promoting mental well-being.

Another initiative introduced by the Ministry is the Food Industry Taskforce, which will make recommendations for healthy food options and support the State's response to Non-Communicable Diseases (NCDs).

"We are going to be looking at front-of-package labelling so that persons understand what they are putting into their bodies, because we don't pay enough attention to that in terms of sugar, salt and fat. We want to engage the industry players to do some reformulation in reducing these levels of sugar, salt and fat or have an alternative so that persons have a choice. This is the dialogue that has begun," she explained.

As it relates to the burgeoning local fast food industry, Edwards said the Taskforce is in dialogue with restaurants and itinerant vendors operating cook shops to provide information on choices as well as to display the nutritional value of food served in these establishments. The Ministry of Industry, Commerce, Agriculture and Fisheries is being consulted in this regard.

"We are asking these franchises to have information (displayed) on the contents of their meals so that persons can make informed choices. We are not banning them, but we are saying, 'let the people know what they are consuming'. Some franchises already have that in place in terms of the nutrient content of the meals that they serve," she informed.

This initiative engages all stakeholders in the food and beverage industry, government ministries and policymakers, as well as key quality-control agencies, such as the Scientific Research Council (SRC), the Bureau of Standards Jamaica (BSJ) and the United Vendors Association.

In line with its promotion of healthy lifestyle habits to ward off NCDs, the Ministry launched the Food Dietary Guidelines in 2015. The manual provides broad guidelines for healthy food portions, such as increased fruit and vegetable consumption and proper food-preparation techniques. It also advises persons on items that should be reduced or removed from the diet, such as excess salt, sugar and processed foods.

In addition to its programme of prevention, the Ministry also assists persons living with NCDs by providing specialised clinics each month at health centres across the island to manage these conditions.