Diary of the ghetto priest | Let us go to Heaven! 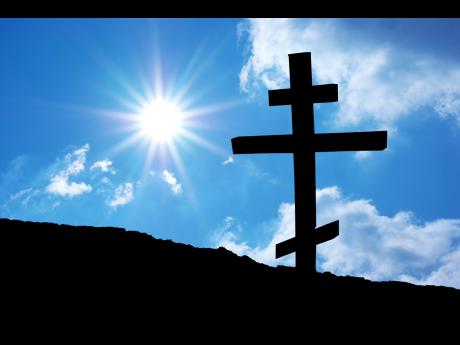 Christ not only rose from the dead and walked the Earth. He ascended into Heaven; He was lifted up by God to the dwelling place of the Father. Whereas all of us belong to Earth. Jesus opened the doors of Heaven where His Father is, and where He originally came from in order that all of us can inherit the heavenly kingdom of God - which is amazing!

Though earthly existence is all that was given to us, and, is what all of us should expect, at best, Jesus who became Man, the first among brethren, died for us, giving us equality with Him and participation with Him in Heaven's reward. If we live with Him, die with, and as a result, rise with Him - and to our surprise - receive the tremendous reward - of being lifted up into Heaven, as Christ was, though we are thoroughly undeserving.

Thus sin is a happy fault. Because we sinned and deserved hell, Jesus in His great love for us, could not bear the thought of us all going to eternal punishment, and so He came to Earth to rescue us from our just desserts, by living with us, dying with us, and rescuing us from what would have been our just reward - hell. By taking us to Himself who have tried to be one with Him and lived and died with Him, we become united with Him, in our love and dedication and total surrender of ourselves to Him our beloved. Identified with Him, in our life-time, we cling to him - never to be separated from Him, even to the point of suffering and martyrdom.

Since we are one with Him here on Earth, we remain with Him in His body, in His death, resurrection, and finally His Ascension and life forever, with the heavenly Father and all the heavenly angels and saints!

What rejoicing! What happiness! "The Father and I will be with you." Yes, we are all sinners - the Lord in His mercy knows that having experienced what it is to be a Man, He knows we struggle, He knows that we fall, He knows we try to rise up again. What a struggle! To proclaim Jesus, and to keep on going through a lifetime, and to never stop, is truly grand and heroic. This is why He looks on the struggling souls who continue and carry the cross through life, with love and pity!

I give thanks to God for His mercy and kindness! Now that He gives us that wonderful reward of Heaven as our everlasting home, this, I certainly don't want to miss out!

There is every reason to persevere to the end. I look forward to that reward with excitement! That's why it is very worthwhile to keep up the struggle. He redeems us from sin. I want above everything else in life, that you and I get there. Let us keep on reminding each other!

And when he had said this, as they were looking on, He was lifted up, and a cloud took him out of their sight. And while they were gazing into heaven as He went, behold, two men stood by them in white robes, and said, "Men of Galilee, why do you stand looking into heaven? This Jesus, who was taken up from you into heaven, will come in the same way as you saw him go into heaven." (Acts.1:9-11)