Fewer breaches by utilities, but still millions in compensation 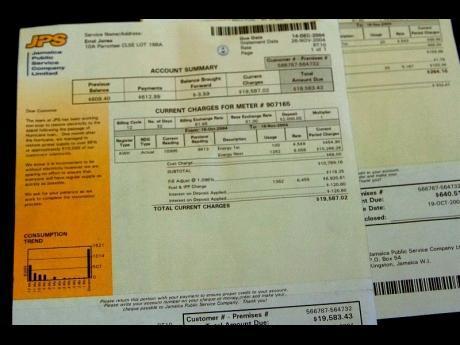 The Office of Utilities Regulations (OUR) is reporting fewer breaches by utility companies for the January to March 2017 quarter compared with the previous quarter.

However, the regulator says the Jamaica Public Service Company Limited (JPS) and the National Water Commission (NWC) still paid out millions in compensation in the last quarter as a result of service breaches.

The OUR says the JPS compliance report on its performance on the Guaranteed Standards indicate that 26,762 breaches were committed over the period, which represents a 29 per cent decline over the October to December 2016 quarter.

These breaches attracted a payout of approximately $52.5 million, all of which was paid by way of automatic compensation.

For the NWC, the number of breaches during the period was 49 per cent less than those committed over the preceding period.

The OUR says the company’s compliance report on the Guaranteed Standards scheme for the review period indicate that 581 breaches were committed with a potential pay out of approximately $1.85 million.

The actual payments amounted to $763,839.04, representing 41 per cent of total potential payments.

Meanwhile, the OUR says overall, there was a fifteen per cent reduction in the number of contacts made to its Consumer Affairs Unit between January and March 2017.