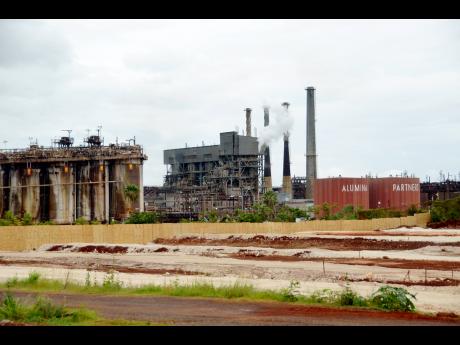 Manchester Central Member of Parliament Peter Bunting has urged the Government to negotiate with bauxite companies the establishment of an escrow account which would be used to restore communities mined out during years of operations locally.

His recommendation was accepted by Finance and the Public Service Minister Audley Shaw, who gave the assurance that the Government would consider the recommendation.

"I think it is a good idea and I am recommending it to the Government. We are going to be taking it on board," Shaw said during a debate in Parliament last week on the withdrawal of $715.7 million from the Capital Development Fund (CDF).

Bunting, in contributing to the debate, questioned why respective administrations did not make it obligatory for bauxite companies to put funds in an escrow account for the reclamation of lands and restoration of mined-out areas.

"If the company goes bankrupt, if they are renegade and just close overnight and leave, at least the Jamaica Bauxite Institute (JBI) would have some reserves left," he said.

"There is no excuse for us to be carrying this liability of the bauxite companies. We have no fund to make good on if they pick up themselves and leave overnight, which we have seen before," Bunting told his parliamentary colleagues.

Leader of the Opposition, Dr Peter Phillips, also raised concern about a number of areas in St Ann, Clarendon and Manchester which have been left in a state of neglect after bauxite companies extract the ore and there have been no programme of land reclamation.

"Despite the positive development that is taking place in St Elizabeth with the reopening of Alpart, in more and more communities across the country, the Jamaican people are saying that all they are experiencing is environmental hazard with no commensurate benefit ... and loss of livelihood in areas like farming," said Dr Phillips.

However, Shaw said that with the withdrawal of $715.7 million from the CDF, a balance of $874 million will remain. He said discussions would be held with the JBI with a view to taking an allocation to support bauxite-dependent communities through special programmes.