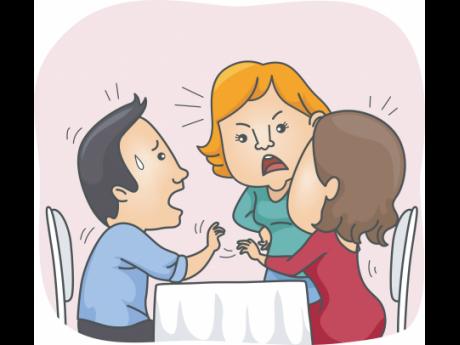 The just-concluded annual Longville Park Week ended with the Parent Support Group tackling the problem of domestic violence in the community.

Last Saturday, an intervention forum, held at the Phase II community centre with pastors, counsellors and peace mentors, saw persons being given the opportunity to talk about issues affecting the scheme.

President of the group, Shellivie Lumsden, said she was motivated to host the forum based on the police report that there is a high rate of domestic abuse in the community.

A domestic violence survivor herself, Lumsden said she felt even more inspired to champion the cause through the group.

"The main objective for the event was to sensitise residents of the intervention programme now in place to help the victims, which include the children," she shared, pointing out that the support group has garnered a group of persons with diverse expertise who are willing to help bring a peaceful resolve to issues that are causing the conflicts in the relationships.

Pastor Stacey Knowles, in stating some of the probable causes of the domestic violence in the community, highlighted the fact that some persons ended up being homeowners because they wanted to combine points to acquire a National Housing Trust (NHT) home.

"Because of it being a housing development, you have to go through the NHT. Some didn't have enough points ... the whole matter of owning a home forces some relationships. This thing, now, where you are both joint tenants, results in the lack of foundation and ground rules of who will do what," she pointed out.

Lumsden told Rural Xpress that the situation, though alarming, is resolvable, but some hard decisions will have to be made by individuals.

"But there is support that persons can get and it is near enough, so persons don't have to allow the effects to worsen until devastation happens," she said.

Lumsden said the group brought in a specialist who will be paying close attention to the children who are caught in the middle as, she said, that is another way to stop domestic abuse.

"The children can't be left alone or they will think these behaviours are normal and carry them on. They must be supported and shown better ways to resolve problems and what they are seeing playing out in front of them," she said.

Pastor Lloyd Millen urged other counsellors and pastors to refrain from conducting marriage ceremonies if the foundation of the couple involved is not right.

He said that through counselling sessions, it would have been made abundantly clear that they are not ready for marriage.

Going forward, Lumsden said it is the responsibility of all to be their brother's keeper.

"We will have to take this approach as we look out for signs of domestic abuse and tactfully offer support, since our community culture is one of silence. Another important thing to note is that the police alone can't do it," she said.