Food For The Poor celebrates opening of its 100th school 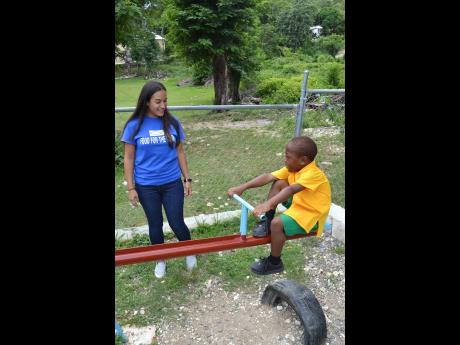 Contributed
Watch Him Go! Executive Director of the Levitetz Family Foundation, Daniella Jordan, happily interacts with one of the students of Mount Zion Infant Department in St Ann, just moments before the official handover ceremony on October 5. 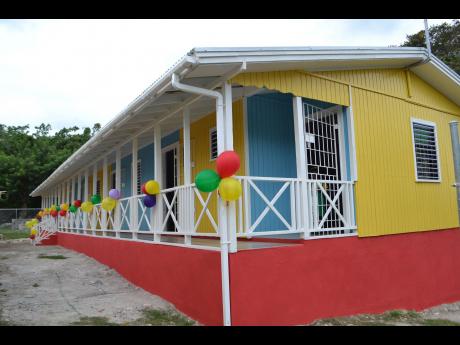 Contributed
That Makes It 100!: The completed Mount Zion Infant Department in St Ann is Food For The Poor’s 100th school under the Jamaica 50 Campaign.
1
2

The Mount Zion Infant School in St Ann became the 100th school built in Jamaica by Food for the Poor (FFP). It is also the sixth school to be funded by FFP partner, the Florida-based Levitetz Family Foundation.

FFP Jamaica has now doubled its goal of building 50 schools in 50 months, a project initiated in recognition of Jamaica's 50th anniversary of Independence in 2012. The huge success of the programme has been made possible with the support of FFP's generous donor organisations in the United States, Canada and Jamaica.

Kim Mahfood, speaking on behalf of FFP president and chief executive officer Robin Mahfood, said that at the end of September 2017, FFP had built 105 schools in total in five years.

"The practice of gratitude and thankfulness enriches our lives," she said as she wished the students and teachers of Mount Zion Infant success.

David Mair, executive director of FFP Jamaica, underscored the importance of the donors who helped to make the initiative a great success. "Thanks to the generous support of our donors in the United States, Canada and Jamaica, Food For The Poor has not only met the original target of 50 schools, but we have surpassed and doubled the goal with the construction and completion of 100 schools throughout Jamaica," Mair said.

More than 7,000 children, ages 3-6 years old, who once attended schools with cramped classrooms, decades-old pit latrines, decaying desks and chairs, and limited school supplies have benefited from the campaign," he added.

The Mount Zion Infant School now offers a comfortable, healthy and safe environment for its young students. It boasts a number of classrooms, a sick bay, a kitchen, and a playground.

The school is fully furnished, and the donation includes school supplies and computers. The school also has efficient water and electricity supply, as well as bathrooms with flush toilets.