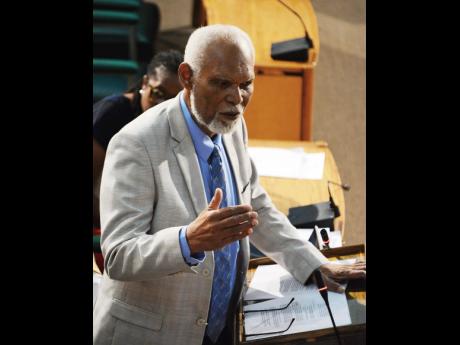 Opposition senators are expected to continue their searching examination of the National Identification Registration Act when the Senate meets for an unusual sitting starting at 9 a.m. today.

After a marathon 15-hour sitting last Friday, the debate was suspended at the committee stage with several more clauses to be examined.

Over the weekend, Opposition Leader Dr Peter Phillips signalled the stance his senators will take today as he argued that last Friday's "midnight amendments" to legislation that will pave the way for the introduction of a national identification system (NIDS) underscores the need for the bill to be sent before a joint select committee, where all the contentious issues can be hammered out.

Phillips, who had urged the Government during the debate in the Lower House to send the bill to a select committee when it was first piloted, said that he stands with the opposition senators and the many Jamaicans from churches and civic organisations who raised their voices in protection of the rights of the people.

Senator K.D. Knight led the opposition team on Friday, insisting that public consultations need to be held before any passing and signing-off of the bill.

Other opposition senators were forthright in their stance that the speed and process to the passing of this bill, which will require every Jamaica to surrender a great deal of personal information, was not in the best interest of Parliamentary democracy or the interest of all Jamaicans.