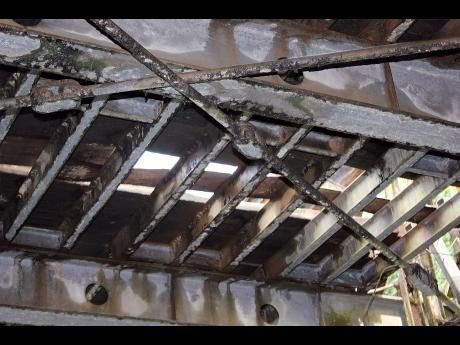 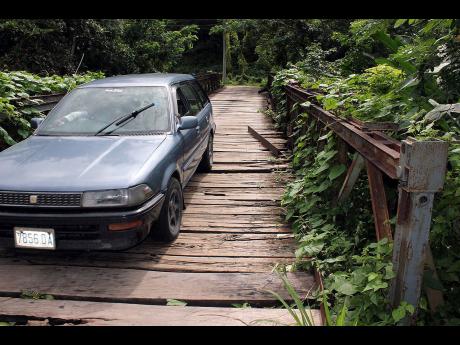 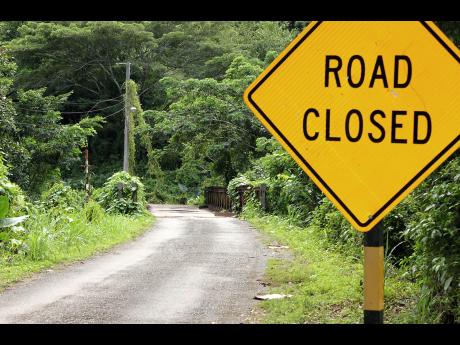 Residents of Baxter's Mountain in Fort George, St Mary, claim to be in fear of their lives because the only bridge that provides access in and out of their community is dilapidated, dangerous, and doomed to eventually cause a fatality.

Last week, Lorna Hanniford, a justice of the peace who has lived in the area for the past three decades, said that despite years of petitioning and calls for the construction of a new overpass, the problem remains.

She told Rural Xpress: "If you're coming from the main road to Annotto Bay, there's no other way to get into Baxter's Mountain, except across the river, and if Pencar River comes down and the bridge is down, you cannot enter.

"We have talked and our political representatives have made representations, but still nothing has happened. Earlier this year, the National Works Agency (NWA) came, saw the condition of the bridge and how dangerous it was, and put up 'Road Closed' signs; but the bridge is still open," Hanniford disclosed.

"They secured themselves because they have put up signs, which means we're using the bridge at our own risk. People are afraid to drive on it, but it's not like there is an alternative route.

"Our fear is that the politicians will wait and wait until something happens, a vehicle goes down, and somebody dies, and then all we will get are condolences, and that won't help, " said the justice of the peace.

The principal at Baxter's Mountain Primary School, Valerie Walters, worries that if the bridge is not repaired or replaced quickly, the community's children will soon have to look elsewhere for an education.

She explained: "The situation is very bad. The bridge's wooden flooring has deteriorated and the iron underneath is even worse. Everyone's scared to travel over the bridge because you think your vehicle will drop down into the river below.

"When I came here two and a half years ago, we had 41 students, but now there are around 65, so the school is growing. But if we have an emergency, the fire truck and ambulance will be unable to assist us because they can't cross the bridge, so we are hoping and praying it will be fixed soon, so the school can stay open."

Cavel Chuck noted how the poor condition of the bridge has led to a reduction in profits for the River Edge campsite she runs in Fort George.

Chuck complained: "When the NWA put up their signs, I had to cancel all of my bookings. Obviously, we get fewer bookings now because we have to explain to people about the bridge. When we get busloads of bookings, we make the bus go over first and get the people to walk behind, so it really has affected us in a big way."