Earth Today | 'Give yourself a climate gift this Christmas' 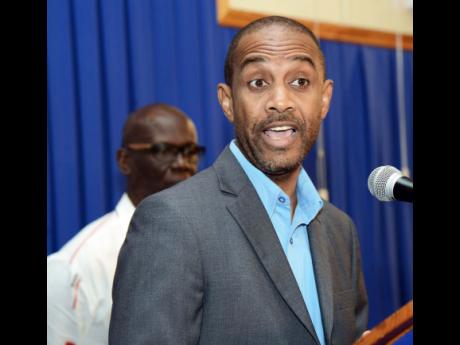 AMID THE hubbub of the season, Jamaicans have been encouraged to take the time to gift themselves something that can help to safeguard their climate future.

"People like to spend money at Christmas. I would say spend the money on things that are much more enduring for us. So think about renewable energy, for example. Instead of doing a big paint job, put in a solar panel," advised Evan Thompson, head of the Meteorological Service of Jamaica.

"Get some of the things that will make a difference in the long term where energy is concerned and in how we can adapt to climate change scenarios as they play out," he added.

The changing climate is fuelled by global warming that is itself powered by human emission of greenhouse gases, including fossil fuels, prompting impacts such as sea level rise and extreme weather events, the likes of which were experienced in the Caribbean in recent months.

Given this reality, Thompson asked, "Are all the Christmas lights really necessary?"

"Yes," he said, "they look nice, but the cost of our energy bill is not worth it. So we have a good time, but let's do it in moderation."

Further, Thompson said it is critical that the lessons of the 2017 hurricane season not be lost as we progress through the Christmas season and into the new year.

"We in Jamaica had a good season, but the Caribbean had one of its worst and there were too many lessons to learn in this hurricane season. Two back-to-back category five hurricanes, that is not normal," he said.

And with the billions of dollars in damage and lives lost and/or otherwise disrupted in islands like Antigua and Barbuda, and Dominica, those lessons Thompson has said, include ensuring early and comprehensive preparation for the season and collaboration among stakeholders.