Ian Boyne in focus ... some of the columns that made the man 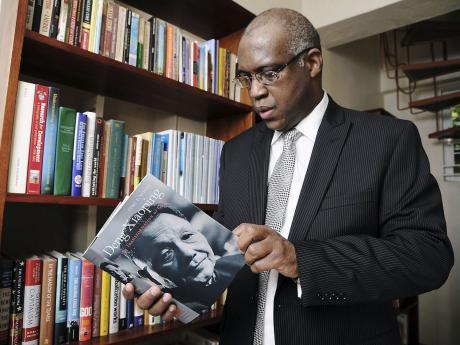 For many years, journalist Ian Boyne delivered his commentary through the pages of The Gleaner's 'In Focus' section.

He would receive condemnation and commendation week after week and became a must-read for so many Gleaner followers.

Boyne will be buried today after his funeral at the National Indoor Sports Centre.

Here is Ian Boyne in focus. Is Holness tough enough?
The politicians don't have the guts and courage of leadership to take the tough decisions which they need to make to send a signal to criminals because talk-show hosts, articulate, well-spoken defence attorneys and other human rights fundamentalists will clobber them if they dare to act decisively and tough.
- January 8, 2017 The Magical 1.5
The figure 1.5 was the magical equation in the last election that catapulted the Jamaica Labour Party to power. It was the buzz of the February election. It was simply magical - in the sense that it became the elixir that eclipsed the People's National Party, sending Comrades into shock. Now the 1.5 has become magical in another sense: It can't be found, having cast a disappearing act.
- May 15, 2016 Criminals must be afraid
I have always maintained that Jamaica has been too ambivalent about crime. On the one hand, we are incensed and outraged when there is an alarming increase in crime and we shout in panic for the Government to 'do something'. But when tough action or legislation is suggested, we are intimidated by the human-rights fundamentalists, mostly lawyers, who are safely tucked away in their middle-class communities.
- July 26, 2015 Can the Church be saved?
Some Christians deeply deplore the commercialisation of Christmas, and as we go further into the season, you will hear cries to "put back Christ into Christmas". But if Christians really think about it seriously, they would see they are massively indebted and should be grateful to the merchants and marketers. Had the West not made Christmas such a deeply embedded cultural custom and capitalists not profited so richly from it, exporting it all over the world, an increasingly marginalised Christianity would lose even more.
- November 30, 2014 Get tough on murder music
​What could make a rational, reasoned and well-thinking person justify the production or performance of songs glorifying murder or toasting criminal gangs responsible for the death of thousands of Jamaicans? What happens to the thinking process of a person which would lead him or her to take to the press to say freedom of speech entitles one to celebrate murder?
- July 14, 2013 What's an education for?
Perhaps the highest value of a rounded education is the ability to critically unmask assumptions and presuppositions commonly accepted as natural, commonsensical, unquestioned. It is the ability to grasp what others miss, to make connections between ideas, and to surgically analyse issues.
- October 7, 2012 Government and free press
It is the duty of a responsible and free press to harass governments about their obligations to good governance, accountability and transparency and to hold their feet to the fire, as it were. If the Fourth Estate becomes the propaganda arm of any government, the people's interests would be sacrificed and corruption magnetised.
- June 5, 2011

A New Decade Of Discontent?
When you strip away the propaganda, grandstanding and demagoguery, you will find that there have been little fundamental differences between the PNP and the JLP since Michael Manley's socialist experiment.
- January 3, 2010

What's a columnist for?
I have an axe to grind: I am a columnist who believes that I have no right taking up space in the leading newspaper in the region, or any newspaper at all, if my opinions are not informed and rigorously developed after solid intellectual work.
- October 25, 2009