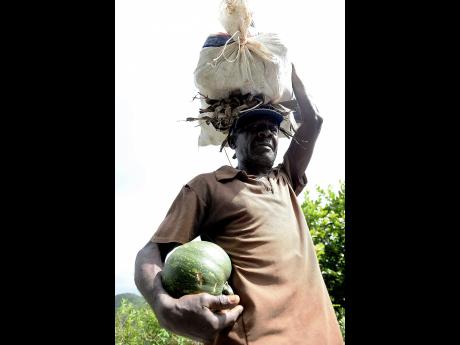 Lionel Rookwood
Errol Smith, farmer, Prickly Pole, St Ann, clutches a pumpkin as he makes his way home from his farm after a long, hot day in the fields. Agriculture was among the main expenditure projects for the Government for the last financial year when an estimated $588 million was to be spent on the sector. 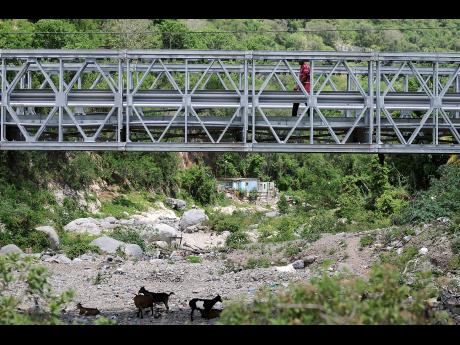 Gladstone Taylor
The integrated management of the Yallahs/Hope River watershed area was allocated $80 million for the financial year 2017-2018.
1
2

As we prepare to hear this year's Budget Debate, it is important to remember how the process unfolded last fiscal year. This, in an attempt to get an understanding of the priority areas of spending as well as the country's main sources of revenues to offset these expenditures. This will help us to track if the country's scarce financial resources are being used to move the country holistically forward towards development. Due to debt obligations arising from Jamaica's high debt burden, Jamaica had to maintain a primary surplus of 7.5 per cent to go towards debt servicing for the 2017-2018 fiscal year.

How were the monies spent last year?

What were the main expenditure areas?

What were the main agricultural projects?

What were the main educational spending areas?

The Education System Transformation Programme was to receive $455 million and the Construction of Early Childhood Institutions Project, $100 million.

What were the main health projects?

What were the main housing, water and sewage allotments?

The integrated management of the Yallahs/Hope River watershed area was allocated $80 million.

What about transport and communication

What about the environment?

The Pilot Programme for Climate Resilience II - Adaptation Programme and Financing Mechanism was budgeted $338 million. The Integrating Water, Land and Ecosystems Management in Caribbean Small Island Developing States was budgeted $28 million, while the Third National Communication and Biennial Update Report to the UNFCCC was allocated $19 million and the Portmore Hagen Climate Change Park is allocated $30 million.

How will Jamaica borrow, and how much will it spend on debt servicing?

Where will the tax revenue come from?