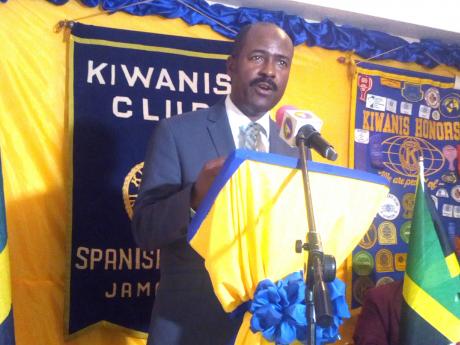 Contractor General Dirk Harrison is calling for a detailed review of the new owners of telecommunications company Caricel Jamaica.

It was announced earlier this month that South African company, Involution Limited, had bought controlling interest in Caricel.

Addressing the bi-weekly meeting of the Kiwanis Club of Spanish Town last night, Harrison said he was not informed of the development by the technology minister.

He says he only learnt of the transaction through a Gleaner article on February 9 and contends that the matter it is a cause for concern.

Harrison says this is in light of previous discoveries by his office that telecommunications firm Symbiote, which trades as Caricel Jamaica, had made intentional variations to the names of shareholders reported on its original application.

Harrison argues that in order to transfer or change directors or shareholders or sell controlling shares, Caricel must get the approval of the minister, as dictated by the Telecommunications Act.

Harrison says in reviewing the application there should be an examination of the corporate documents, including letters of good standing, corporate structure, details of shareholders and directors, other companies associated with the controlling interest and audited financial statements.

The contractor general is also questioning whether the South African company has complied with all the obligations and the requirements imposed by the Cabinet in 2016.

The ownership change has been viewed as welcome news for the Andrew Holness-led administration, which got swept into a nightmare after a spectrum licence was granted to Symbiote Investments Limited.

Some of Jamaica's international partners were reportedly adamant that with its then ownership, the company was not fit and proper to operate in the telecommunications sector, and the Holness administration was struggling to meet their demand for immediate action.