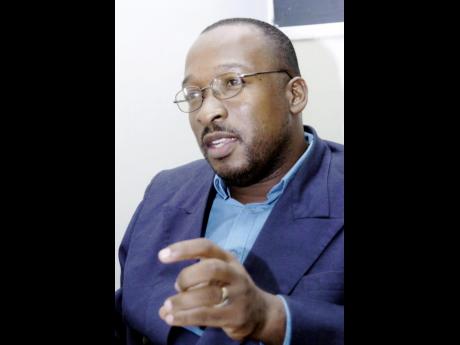 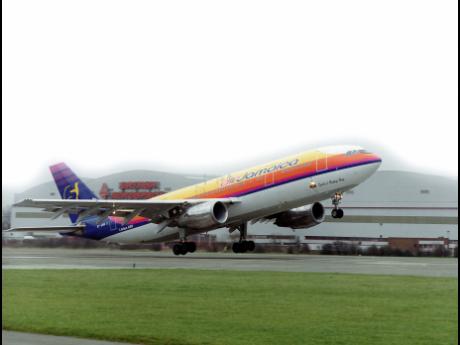 x
"We need to bring our airline back to grow GDP," says Lyston. 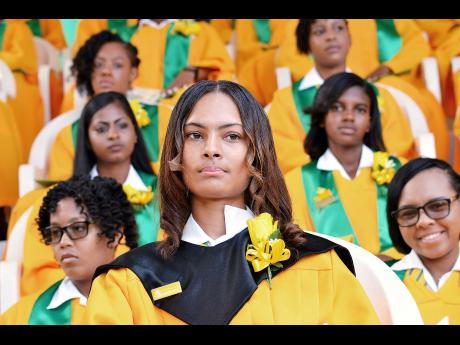 Ian Allen
Cut the security budget and use the money to train people if we want to increase GDP.
1
2
3

Proverbs 29: 18 says: "Where there is no revelation, the people cast off restraint; but happy is he who keeps the law."

When society lacks revelation or divine insight from God, such a society will head in the direction of anarchy.

Regardless of how that revelation comes, whether through prophecy, dreams/

visions, or prayer, without it, the people will run wild. They will perish, crime and violence will skyrocket, and the society will go into a downward spiral.

As a nation, we must learn from the mistakes of other nations. For example, we see what is now happening in America's schools because they have legislated God and the Bible out of the schools and the economy, and that has opened the door for everything else to enter - to the nation's detriment.

Interestingly, Jamaica has safer schools, so maybe we need to embark on a campaign to invite other nations to school their children here.

By the way, gun control doesn't solve or even alleviate the problem. It will simple change hands, but the weapons will still be used.

Everyone's cry is to increase the GDP (gross domestic product) and create more jobs. That will only happen when we put God's system and principles in place. Turning an economy around only comes through the fresh oil that will be poured out on the nation (Psalm 94: 10) and as a result of the former and latter rains that will be released upon the nation (Joel 2). Only then will the replenishing take place.

God will pour out, within the young and the old, to bring their visions and ideas to the forefront.

The time has come for us to think outside the box. The traditional ways of growing an economy are over. We need non-traditional ways. What colonialism has taught us is that sugar, banana and traditional tourism are our only sources of earning as a nation.

First, we need to bring our airline back

We need to learn from our informal commercial importers (ICIs) or higglers. All we need to teach them is proper packaging.

Stop giving tax relief to the foreigners and give it to the locals instead.

Focus on our bushes and fruits - we have good health-sustaining plants and fruits.

We can export our teachers and nurses. We have the best in the world. Stop degrading or looking down on them. In addition to this, we also need to see a budget where education, health and welfare are top priorities.

Cut down on importing cars and let our people begin to assemble cars.

If over 70 per cent of the sustenance of man comes from the earth, why not focus on those areas.

Cut the security budget and use the money to train people if we want to increase GDP - it's not about building infrastructure, it's about building the human being first. (Isaiah 62: 1 - 2). Crime will be reduced and GDP increased.

When the poor gets the opportunity, then they will start their businesses and that will help the GDP to increase.

Build people to grow the economy

Anytime God is going to increase a nation, he pours out in the vessels, the people, who are prepared. Even if we pray for God to pour out and bless the country, it will go to nought if there are no prepared vessels, and that is why the focus must be on building more schools, training centres, sports facilities, and also on helping university students with scholarships and school fees if we want to see the GDP increase.

So we need to build from the inside out, not from the outside in.

The only money we should be borrowing is that to equip and invest in our people. We must do things God's way, not Marx's way. Many countries, in extending their borders, want to apply the pagan principles - as in Amos 1: 13. We cannot do that as a nation.

Furthermore, we need to stop shifting the blame to everyone else when something goes wrong and begin to take introspection. We need to stop voting along party lines and begin to vote in the interest of the country. God's way of increasing the GDP means that He builds the person first before He focuses on anything else. We are doing the opposite.

If the rich are benefiting from the current economic climate while the gap between the rich and poor is widening, then something is dreadfully wrong.

Building more prisons or turning our schools into prisons is not the answer. We must apply God's principles to increase our GDP, not any other method.