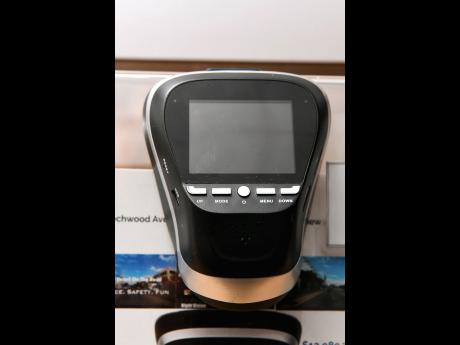 Norman Grindley
One of the dash cams sold by the Corporate Area-based Digiview Security Limited. 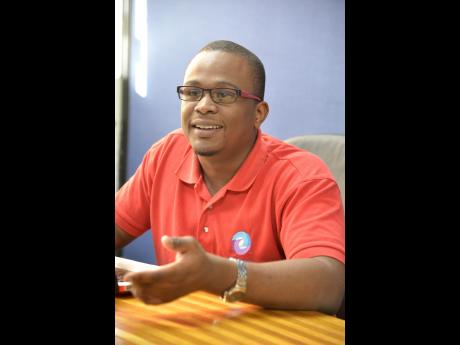 Norman Grindley
CEO at EduFocal Limited, Gordon Swaby has had his dash cam for close to a year.
1
2

More Jamaicans are warming up to the idea of investing in dashboard cameras (dash cams) for their motor vehicles, and these are providing crucial information on accidents.

General manager for insurance solutions at British Caribbean Insurance Company Limited (BCIC) Dorothy Russell-Clarke says that the footage from the dash cam can assist them in determining what took place at the scene of an accident.

"The information that it provides would be very useful, especially when the stories that each driver provides contradict. The dash cam would give us the actual evidence of what took place," said Russell-Clarke.

Managing director of BCIC and president of the Insurance Association of Jamaica Peter Levy adds that the footage can be used in court, and this is more reliable than the testimony of participants or witnesses.

"I have a friend who has one, and he was in an accident recently, and the way the accident was described by the other person, he was able to refute by using footage from the dash cam. So it's definitely something, and I would encourage people who are thinking about it, that it can be a good thing," said Levy.

CEO at EduFocal Limited Gordon Swaby says he has had his dash cam for close to a year.

"To date, I have not had to use my footage, thankfully, but I definitely think if there's a situation, then I would share. obviously, if you are in the wrong, then it doesn't help you to share, but, of course, if you are a person of good moral standing, then you would want to share the footage just the same," Swaby told The Sunday Gleaner.

He said that he has seen persons in and around Kingston, especially young people, with the dash cam mounted in their vehicles.

"I'm definitely encouraging more people to get it in the future. If you are in an accident and you believe that you are in the right, you have the opportunity to share that with the insurance company - what actually took place.

"You could also capture other things, some crime or robbery in progress ... . let's say 100,000 people in Kingston had a dash cam, who knows what they could pick up'?" said Swaby, who is convinced that he made a useful investment when he spent about US$40 to purchase his dash cam.

"It's no more than J$5,000. I guess for some people that is expensive, but for the typical person, it's a worthwhile investment. Mine is pretty good. I can just download the footage right on to my phone without disassembling, so it's extremely useful in that regard," said Swaby.

Alicia Gayle, sales solutions coordinator at Digiview Security Limited in the Corporate Area, says her company sells a three megapixels dash cam for J$12,990. These can be mounted on the dashboard of a car and provide footage ranging from 20 to 30 feet and sound for some 10 feet.

"The first time we got it and we installed it in our managing director's vehicle, the dash cam-picked up someone bad-driving him, so we had all of that on video, and you can hear him as well," said Gayle.

The dash cam works with a memory card of up to 64 gigabytes, which is sold separately