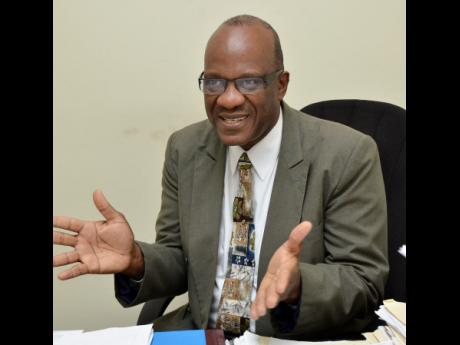 Every citizen is entitled to legal representation and the government's legal aid budget has been climbing in recent years due to the growing demand for counsel, with the budget for the 2018/2019 financial year standing at $228 million. The figure is up from the $191 million allocated in 2017/2018 and $163 million in 2016/2017.

"I am confident that it will go close to satisfying our needs, but we are also mindful that we have been the beneficiaries of Parliament's favourable discretion at (the) supplementary (budget) should a shortfall seem imminent," said Hugh Faulkner, executive director of the Legal Aid Council in an interview with The Gleaner on Friday.

He added: "We've been doing more cases each year. For example, for 2017/2018 we increased our output and significantly in the parish courts. We completed in court 30 per cent more cases than the previous year." The 30 per cent increase translated to 1,389 parish court cases being closed."

Faulkner explained that the Legal Aid Council has moved swiftly to provide representation to citizens detained in the state of emergency in St James and the St Catherine North Police Division, and for multiple criminal matters that have attracted public attention. He asserted that more than 700 attorneys have been hired, including senior counsel, and the quality of representation has improved.

The executive director reasoned that "the new face of legal aid cannot accommodate professional negligence and it cannot accommodate anything less than the best of research and advocacy for the client. If the client makes a complaint we don't rely on it to be in writing. We take that complaint to the board."

He continued: "The Legal Aid Council standard of delivery has to be of a certain standard and in fact we have an ethical guideline given to lawyers ... and I couldn't tell the last day now when I have had a complaint."

Faulkner noted that a means test is employed to compute a client's contribution and there is flexibility in payment based on the circumstances surrounding each case.

"Part of our policy is that we'd rather err and be misled by our clients, but we grant the legal aid," said the executive director.