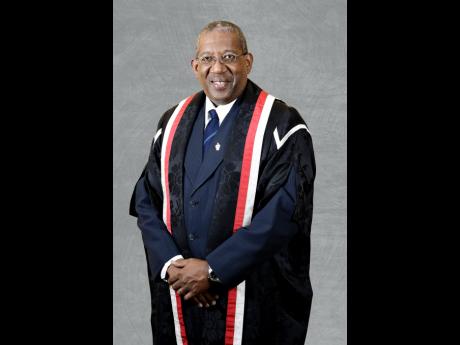 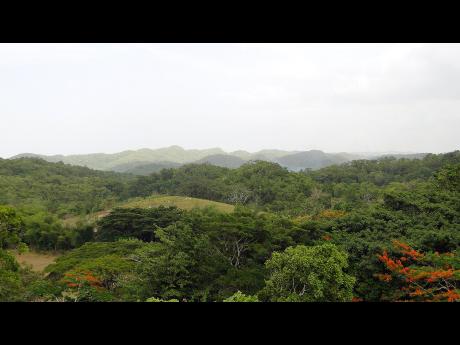 A view of the Trelawny section of the Cockpit Country from Good Hope Great House.
1
2

IN ONLY a few weeks' time, Professor Dale Webber, principal of the University of the West Indies, respected marine scientist and a man who has long given his time to public service, is to be honoured nationally.

He will receive the Order of Distinction in the rank of commander for outstanding contribution to environmental conservation, and he never saw it coming - despite his years of teaching, research and volunteerism.

"I have never got a national award before. This is a big deal. This is commander class, order of distinction. When I got the call, I actually asked 'are you sure you have the right person?'" he said jokingly.

Still, he is thrilled.

Webber has had an outstanding career in coastal ecology and environmental management, but is unapologetic about his first great love - teaching, a profession to which he has committed himself and in which he takes great pride.

"I am a teacher by profession," he told The Gleaner, noting that there are perhaps only a few things as special to him as bringing a lecture alive for his students to reveal the beauty and value of the natural environment and then later witnessing them put to use what they have been taught.

It is not surprising then that in his 30 years at the UWI, Webber has been involved in "graduate supervision, administration and research excellence", according to information from the institution.

As the UWI website reveals, Webber joined the team in 1989 as Warden of Taylor Hall (of residence) at the Mona campus. Two years later, he became a lecturer in the Department of Life Sciences, was promoted in 2003 to a senior lecturer and then to Professor in 2010.

He also held the Grace Kennedy's James Moss-Solomon Snr. Chair in Environmental Management from 2010 to 2015 and was, during that time, involved in an especially important project to initiate, manage and facilitate a public consultation process on defining a boundary for the biodiversity-rich and ecologically sensitive Cockpit Country.

A boundary has since been declared for the Cockpit Country, informed in some measure by the 2013 report compiled by the research team involved in that project to collect the views and opinions of the various stakeholders regarding the various boundary options that had been proposed up to then.

In 2015, Professor Webber was appointed pro vice-chancellor for Graduate Studies, with his portfolio expanding to include research a year later.

"As pro vice-chancellor for Graduate Studies and Research, Professor Webber has mobilised staff and students across all four campuses to develop eight multi-campus research clusters. This has resulted in four successful international grant applications, as well as a US$25 million research monitoring Memorandum of Understanding between the University and the Government of Montserrat. He has also secured the establishment of posts of Directors of Graduate Studies and Research at the Cave Hill, Mona and St Augustine campuses," the UWI revealed.

He hasn't stopped there.

He is chair of the Environmental Foundation of Jamaica, where he has successfully overseen the merger with Forest Conservation Foundation. He also chairs the board of CL Environmental Company and the Climate Change Advisory Board of Jamaica. In addition, he is convener of the CAPE Environmental Sciences Panel for the Caribbean Examination Council.

Through it all, Webber is glad of one thing - the opportunity he has had to shape young minds about the environment.

"I have made an impact on the young minds towards environmental management, environmental conservation. They are the ones who will make a difference as they make what they have learnt in the classroom practical (whether in or outside of the field of environment)," said Webber.

"They are at NEPA. They are at fisheries. They are all over the place. I see students I taught years ago now in areas of business, government," added the professor who has supervised some 21 master of science, 27 master of philosophy and 14 doctor of philosophy students to successful completion in various fields of interest, including water quality and coastal ecology, oceanography, and ecosystem modelling.

"I have had 62 students complete MSc, MPhil and PhD under my supervision. I don't know if it is a record, but I am very proud of that," Webber said.

As an academic and a researcher, he has produced five book chapters and 35 publications in peer-reviewed journals. He has, too, presented his research findings at conferences locally, regionally and internationally and has written over twenty technical reports for the governments of the Caribbean and attracted approximately US$2.5 million in research grants over the past 20 years.

Looking back, he is grateful at what he has been able to achieve, including national recognition.