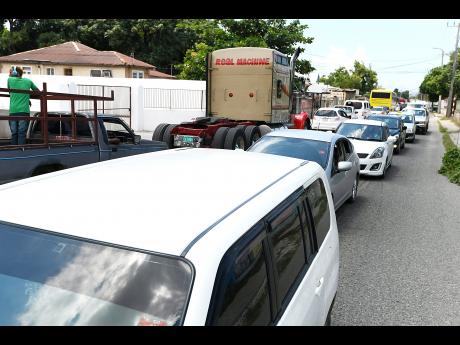 With scores of persons suffering in peak-hour traffic in the Corporate Area, where three major road-widening projects are taking place, GraceKennedy Limited (GK) has issued a call for more of its employees to take advantage of the benefits of flexible work arrangements.

Under the flexible work arrangement, GK employees can choose between staggered working hours and a compressed or extended workweek.

The company says this is partly in an effort to address the growing frustration of its employees, and valuable man hours lost due to traffic congestion, primarily in the Kingston Metropolitan Area.

It is also a part of the company's continued efforts to foster an environment that facilitates mutually beneficial and enduring employment relationships, in keeping with its long-standing 'We Care' corporate culture.

"A major part of our strategy, as we look towards our 100th anniversary, is to increase efficiency across the company while keeping our employees highly motivated. The GK Flexible Work Policy is aimed at ensuring that team members have the freedom to fulfil their personal needs and responsibilities while optimising productivity," said Don Wehby, CEO of the GK Group.

The company is also urging corporate Jamaica to do the same, as it believes that this should help to reduce traffic congestion due in part to large-scale road construction work on major thoroughfares, including Mandela Highway, Constant Spring and Three Miles.

"Given the ongoing roadworks, we believe it is important for corporate Jamaica, which employs a large percentage of the workforce, to explore this option," added Wehby.

He noted that while the Flexible Work Policy is not new, having been originally put in place by the company in 2014, GK has stepped up its effort towards facilitating more of its employees in Jamaica to benefit.

Since the start of the new school year in September, and the major roadworks, many persons have complained about increased traffic congestion and the significant amount of time lost travelling to and from their places of employment.